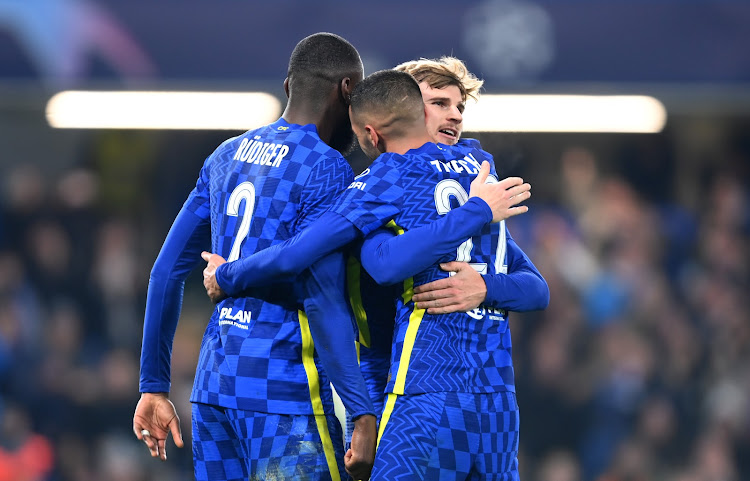 Chelsea advanced to the knockout rounds of the Uefa Champions League and host Manchester United at Stamford Bridge on Sunday.
Image: @ChampionsLeague/Twitter

Chelsea manager Thomas Tuchel said he was worried by injuries to midfielder N'Golo Kante and full back Ben Chilwell during their 4-0 Uefa Champions League win over Juventus on Tuesday.

Chelsea secured their place in the last 16 but Kante limped off in the first half while Chilwell suffered an apparent knee injury in the second period and was helped off the field.

"It worries me because (Chilwell) was in such a fantastic moment, like Reece James on the other side.

"They were in the best shape they could possibly be, so strong and so full of confidence and with such a lot of quality," Tuchel said.

"'Chilly' has a sharp pain in the knee and he was in a lot of pain."

Tuchel said the defender would have an examination on Wednesday.

"It's the same with N'Golo. He twisted his knee a little bit but hopefully it's not too bad," he added.

"These were the only two sad things because N'Golo was again fantastic until the moment when he went off ... Hopefully it's not too bad."

Chelsea, top of the Premier League with 29 points from 12 games, host eighth-placed Manchester United on Sunday.