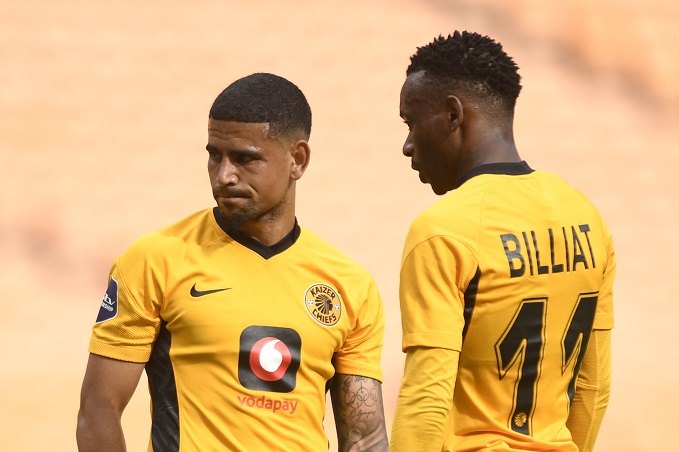 Kaizer Chiefs will know that they can get themselves back into the title race reckoning if they can get a third DStv Premiership win in succession against AmaZulu at FNB Stadium on Wednesday evening (kickoff 5.30pm).

Amakhosi's 2-1 Soweto derby win at home against Orlando Pirates and 1-0 away result toughed out against Maritzburg United at tricky Harry Gwala Stadium on Sunday made for four victories from five league games and a mini-stabilisation from a rocky start to 2021-22.

Neither of their last two wins were gained through sparkling football, but Chiefs' steadiness in application of their game plan grinding out the two results did catch the eye.

"Trusting in the process" is the term coaches and players reference in modern football. Stuart Baxter's new-look Chiefs will know they will have to put in a shift again to beat an AmaZulu who, languishing in ninth after being runners-up in 2020-21, are as motivated for results to turn around coach Benni McCarthy's second-season syndrome.

“I think the trip to Maritzburg was a success in terms of us coming back after the Fifa break and getting the three points,” Chiefs winger Keagan Dolly said. “It wasn't an easy game having to wait for the lights to come on, going out to warm up and coming back again.

“I think overall we defended well, we stuck to our game plan. I think we played better in the second half in terms of our pressing shape and putting pressure on them. And we got the goal with a set piece, which we've been working on for long now. To get the goal from something we've been working on shows we're improving as a team.

“Obviously we know AmaZulu are a good team, they're playing well. In the first game against them we equalised late.

“But we take each game as it comes. Now we will debrief on the Maritzburg game and try to improve were we need to, and implement that against AmaZulu.

“I think coming back from the win against Pirates in the derby to then collect points against Maritzburg puts us in a good place as a team, and I think that will help us going into the game against AmaZulu.”

That result was the second in a run of seven matches with just a single defeat from Amakhosi (18 points from 11 games) to claw their way to sixth place, eight points behind leaders Mamelodi Sundowns (26 from 10).