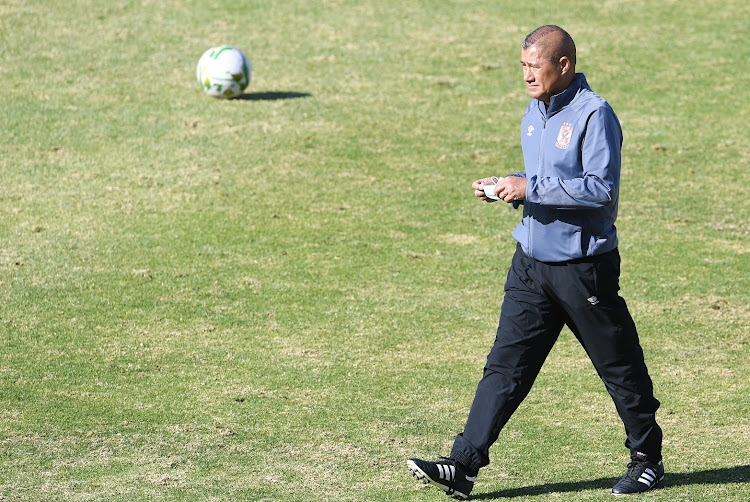 SA football will not strengthen its culture if it does not give more opportunities to qualified coaches from within the country, and while clubs continue to hire foreign coaches with questionable credentials, ex-Al Ahly assistant coach Cavin Johnson has said.

Johnson, back in SA having left Al Ahly after a rollercoaster year assisting Pitso Mosimane, told TimesLIVE the example set by the Cairo giants’ largely SA technical staff taking charge of the biggest club in Africa demonstrates the potential of this country’s coaches.

He said SA clubs’ tendency to easily give jobs to foreigners with little track records rather than a having strong core of local coaches in the Premier Soccer League (PSL) was stifling SA's football culture.

The ex-Platinum Stars, SuperSport United and Safa School of Excellence coach said SA was also not approaching the issue of the diverse cultures players emerge from with enough seriousness.

Johnson said working in Egypt has broadened his horizon on taking future coaching jobs, where his aim will not just be to achieve for a club, but to make a difference strengthening SA football.

“At the same time it's also expanded my horizons that SA coaches are not 40 years behind the rest of the world, as many people profess,” Johnson said.

“Also, we should look at who we employ as foreign coaches in our country. We've employed some people in the last 30 years who nobody knew a thing about, only to find their CV had been doctored when we have more-than qualified people within our country.

“The people who work in Egypt have to be qualified or have a track record. The Al Ahly coach before Mosimane, René Weiler, won the league in Belgium with Anderlecht.”

Johnson said working in a country with a uniform language, Arabic, made him realise SA's diversity of backgrounds of players is not being recognised enough by SA clubs as a crucial factor in their development.

“I think our football culture is limited at the moment because of the diversity we have,” he said.

It's a different take on diversity — identified as a strength of the Bafana Bafana who won the 1996 Africa Cup of Nations on home soil — as having become a weakness.

“In Egypt they only speak Arabic. I still believe SA has some of the most talented players in the world. It's recognising their diversity in how they are instructed that needs to improve.

“A lot of our players feel inferior when they cannot explain themselves in English to a coach. But they do understand Zulu or Afrikaans, for example.

“What tends to happen is that player then goes to someone who speaks Zulu to try to get the same information from him. And that guy tells him the complete opposite to what the coach said.

“But we've had success before. We've had a Benni McCarthy, a Steven Pienaar, Lucas Radebe, a Delron Buckley. So what has fallen down?

“It goes to another completely different type of thinking that says the diversity in our culture in terms of what our clubs and coaches are doing, that could be our problem.

“If you have an exceptional player in Durban, and he's been coached up to 18, 19 in a vernacular language, what does he meet at a PSL club? He meets English only. And that sets him back another two, three years.

“And you ask yourself, 'But this boy was fantastic at 19, why at 21, 22 is he not going anywhere?' It's because he's got the different medium of coaching now, and we are not accepting that. We need to redirect his form of information and then he will carry on even better.

“We have done it before, it's just that we're not carrying on with it. The School of Excellence produced many players who played professionally.

“That's because we had the diversity at lower levels, with Steven, Brent Carelse, Brett Evans, Dillon Sheppard — that's the diversity we introduced them to at a young age. And a lot of them came out of there speaking or understanding two or three languages.