United to put Downs' defensive record to the test 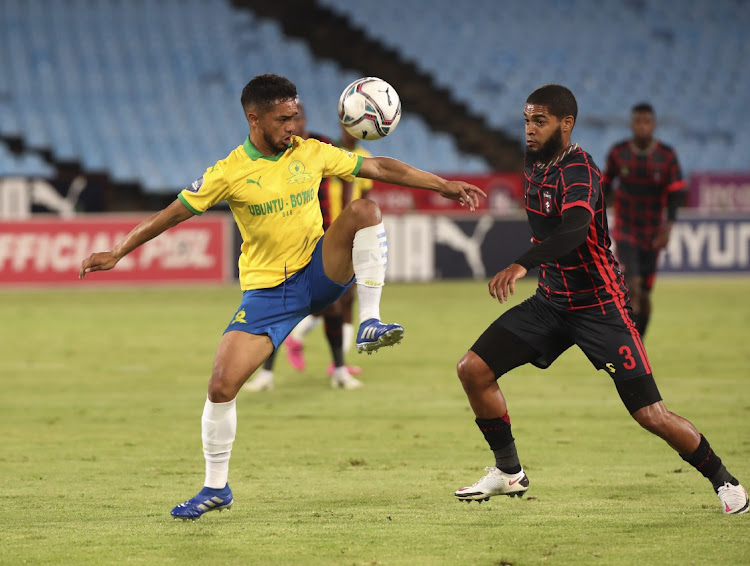 Mamelodi Sundowns' impressive defensive record will be put to the test when they take on SuperSport United in the Tshwane derby at Loftus today.

United‚ who have on-form Thamsanqa Gabuza and Bradley Grobler in their attack‚ are among the top scorers in the DStv Premiership with 15 goals after 11 matches.

Sundowns attacker Haashim Domingo said they are up against a capable team who are strong in the midfield.

“I think the midfield will be key because they have creative players like Teboho Mokoena and Sipho Mbule and up front they have Gabuza and Grobler who come with the aerial presence.

“We are just taking it day by day‚ we have analysed them‚ we know what they bring to the party and we just have to come up with solutions of how to counter them.”

Domingo‚ who was named the match-of-the-match after the draw against Cape Town City at the weekend‚ wants to keep on improving.

“For me it is just to continue where I left off in the match against Cape Town City in terms of fitness. I want to build on fitness and confidence going into the next match.

“It is important that we get the result in this one against SuperSport. I am expecting a direct game from them in terms of long balls and playing on the second balls. I think we need to stay tight and pick up the second balls and establish play from there.”

As part of empowering the girl child, improving women’s club football and advancing its professionalism on the African continent, the Confederation ...
Sport
2 weeks ago
Next Article