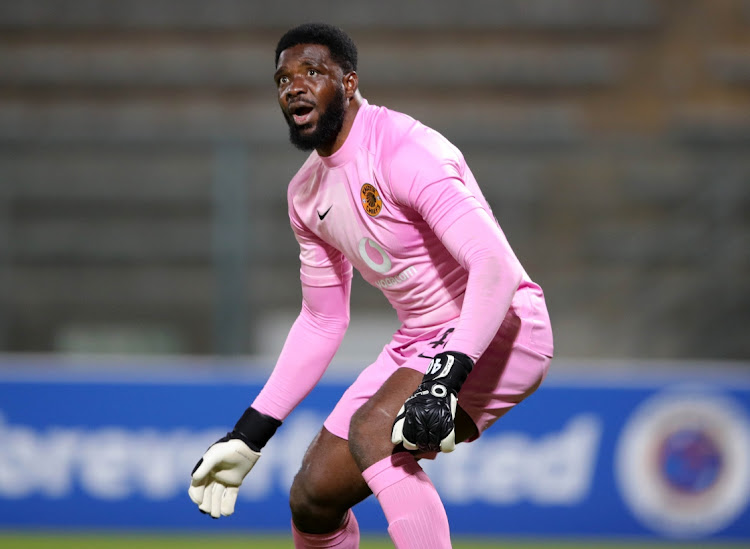 Playing more games than any other goalkeeper at Kaizer Chiefs this season hasn’t tempted Daniel Akpeyi to regard himself as the club’s undisputed No.1.

Akpeyi, who kept his 50th league clean sheet in the Premier Soccer League (PSL) when Chiefs beat Maritzburg United 1-0 last Sunday, is odds-on to start when they welcome AmaZulu in another DStv Premiership clash at FNB Stadium today (5.30pm).

Despite missing Chiefs’ first four league games, where Bruce Bvuma and Brandon Peterson were preferred to him, Akpeyi has since started seven consecutive Premiership games.

“If someone would tell me that I am the No.1 keeper, I would ask him to rephrase that. I am just one of the four great keepers at the club who’s been given opportunities of late. We have a solid goalkeeping department,’’ Akpeyi, 35, told Sowetan in a wide-ranging interview yesterday.

“I consider myself fortunate to be playing these days but again that doesn’t mean I am comfortable and relaxed. Tomorrow it can be someone else who’s playing, so I am not the No.1 at all.’’

On his clean sheet milestone, Akpeyi sounded rather dissatisfied, highlighting that he should be having more that 50. Akpeyi arrived in the PSL from Nigerian side Warri Wolves to play for Chippa United in 2015.

“I knew about this milestone through a friend yesterday. I would say to myself that it’s not a good record. Inasmuch as I think it’s good to keep this amount of clean sheets, I think I should have kept more than 50,’’ noted the Chiefs keeper.

Akpeyi expects AmaZulu to be a tough nut to crack.

“AmaZulu have been a decent side in the past few months, so beating them would need us to come with our A-game. It won’t be easy at all but we’re ready to fight,’’ said Akpeyi.

Have Orlando Pirates deteriorated or improved under the guidance of co-coaches Fadlu Davids and Mandla Ncikazi?
Sport
5 months ago

As part of empowering the girl child, improving women’s club football and advancing its professionalism on the African continent, the Confederation ...
Sport
5 months ago

Amakhosi coach Baxter admitted it was far from champagne football as his team toughed out a DStv Premiership win at Harry Gwala Stadium on Sunday.
Sport
5 months ago

AmaZulu FC defenders Thembela Sikhakhane and Samkelo Mgwazela have not forgotten the controversial 1-1 draw they played against Kaizer Chiefs in a ...
Sport
5 months ago
Next Article