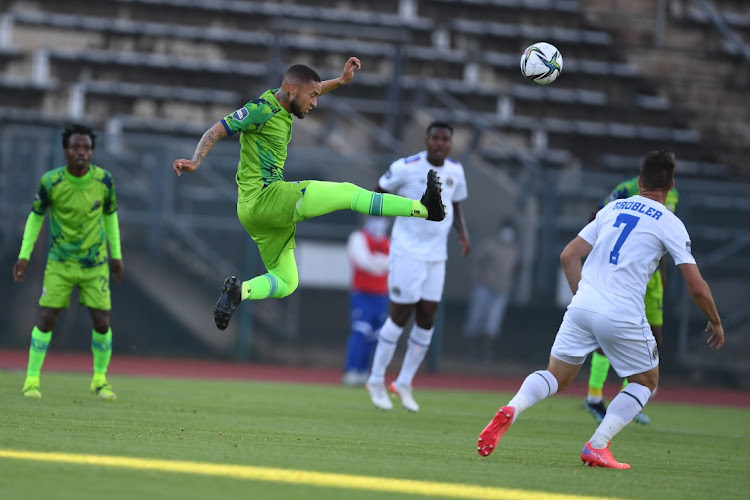 Marumo Gallants coach Dan Malesela sees a bright future with the club after securing their first victory this season in his first match in charge in the DStv Premiership.

Gallants edged SuperSport United 2-1 at Lucas Moripe Stadium on Saturday. Goals by Lerato Lamola and Sere Dion on either side of halftime gave Gallants all three points after coming from a goal down.

“It is a good space to be in now when you come to the club and you get your first win and the first victory for the club as well,” Malesela said.

“It is a good thing. We had rain before the match and it was showers of blessings and one is very grateful. But most of all I’m grateful that the players showed a glimpse of what we were [doing at] training and they were listening.”

Malesela feels if they continue showing the same commitment, they will win more matches. “They adjusted to what we are trying to do. Yes, [there were] mistakes there and there, I admit, but overall a lot of things that they did are not things that they got from somewhere. It is things that were happening during the week,” he said.

Meanwhile, Chippa United caretaker coach Kurt Lentjies was also pleased after he guided the club to their second victory this season, a 1-0 win over Baroka at Peter Mokaba Stadium.

It was Lentjies’s first match in charge after he took over from the suspended Gavin Hunt.

“It is not about me but the group of players. It hasn’t been the best of starts for us this season but I couldn’t have asked more from the boys today when it comes to commitment and following the game plan. We are very happy with the results away from home. Confidence and a change of mindset is the reason we got this win,” Lentjies said.

Disappointment was written all over the face of Orlando Pirates coach Mandla Ncikazi as he delivered a post-mortem of their goalless stalemate with ...
Sport
2 weeks ago

Mamelodi Sundowns coach Manqoba Mngqithi could not hide his disappointment after their goalless draw against Cape Town City in the DStv Premiership ...
Sport
2 weeks ago

Under-fire Swallows coach Brandon Truter could face the axe from the club as results continue to elude him following yet another defeat yesterday.
Sport
2 weeks ago
Next Article