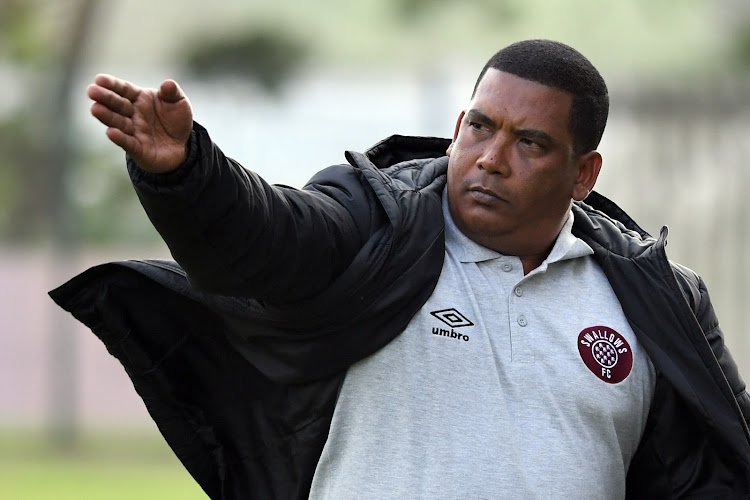 Under-fire Swallows coach Brandon Truter could face the axe from the club as results continue to elude him following yet another defeat yesterday.

The Birds were humbled by TS Galaxy at Mbombela Stadium yesterday, who won 1-0, and that could well have been Truter’s last match in charge of Swallows as they dropped to second from bottom in the DStv Premiership table.

Swallows have registered a single victory in 11 matches while suffering five defeats and five draws. They are also the worst scorers in the league, having managed just two goals all season.

The club’s management made it clear when Truter returned from his two-week suspension that if results are not improving, they will make changes and it is only a matter of time before the act.

Yesterday, they were undone by a Sphiwe Mahlangu’s goal earlier in the first half. Though they tried to get back into the game, their struggles in front of goals were their downfall again.

Truter, who showed a frustrated face after the final whistle, admitted that they have to find a solution quickly to their scoring woes. “All the teams are beatable. We have to get out of this run,” Truter told the club media department.

“We have proved this before. It is about scoring goals. We would have beaten Galaxy. Goals win games and that’s what is lacking at the moment. The plan this season was to challenge and win a trophy in the second season. That was my objective.

“But you can see the structure of how we play, what we are doing at the moment with or without the ball, but yeah, it is a mentality and character that is also missing.”

The win was Galaxy’ second in the league and moved them to 14th place ahead of Swallows.

Coach Sead Ramovic was pleased with the results.

“We can only improve if every player plays well. I’m happy about the whole team. We will come out from a difficult situation,” Ramovic said.

'The club has a taken a policy to reward these women,' says Sundowns chair Motsepe

There is a question mark over whether there is prize money for the Caf Women’s Champions League winners and participants, but Mamelodi Sundowns ...
Sport
2 weeks ago

Ntshangase: United out to give Kaizer Chiefs another tough outing in KZN

Maritzburg United will be out to give Kaizer Chiefs another tough outing in the KwaZulu-Natal midlands, as they have in previous match-ups at Harry ...
Sport
2 weeks ago

TS Galaxy coach Sead Ramovic has identified the upcoming four matches as games his side needs to win to move away from the relegation zone.
Sport
2 weeks ago
Next Article