Ntshangase: United out to give Kaizer Chiefs another tough outing in KZN 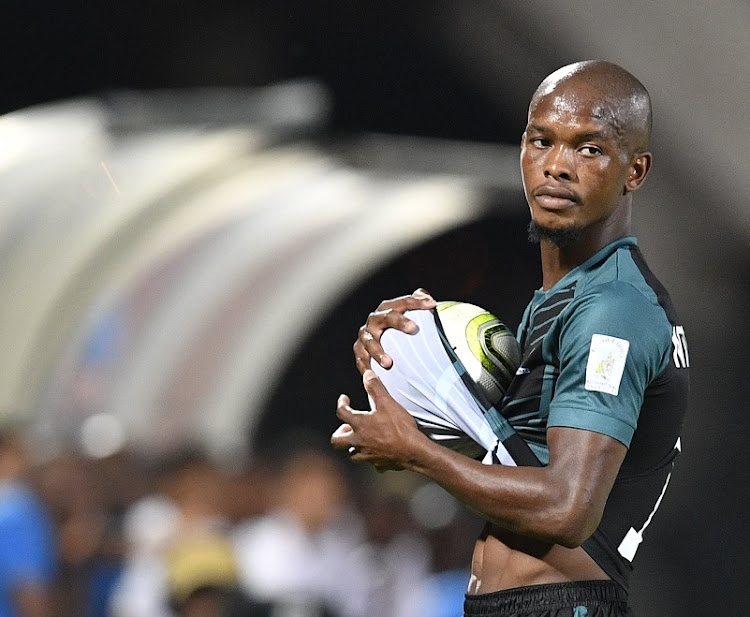 Maritzburg United will be out to give Kaizer Chiefs another tough outing in the KwaZulu-Natal Midlands, as they have in previous matchups at Harry Gwala Stadium, in Sunday's DStv Premiership clash, United midfielder Phumlani Ntshangase has said.

Chiefs have struggled in away matches to beat the battling, notoriously gritty combination from Pietermaritzburg who have constantly bolstered their structures over the past decade as they have sought to spend more time in the top eight than fighting relegation.

Amakhosi have won four times in their 14 trips to the KwaZulu-Natal capital, 45 minutes’ drive up the N1 from Durban.

“We've been pushing so hard with the load we've had for this game in the past few days. So I think physically and mentally we are ready for the battle,” said Ntshangase, the tough 2016-17 league title-winner with Bidvest Wits.

“The international break gave us a chance to rebuild our game and work on a lot of the things we need to improve on.

“In the game on Sunday we need to do those things properly and obviously see the end product and if it all works perfectly.

“We know Kaizer Chiefs and know what to expect. They're a big club, they play counterattack football, they have confidence. We know all of that.

“They're going to try and put pressure, because against Chiefs Maritzburg are the underdogs. So we need be strong, stand against that and face that as it comes.

“All the guys are motivated for this game against a big club. It's the kind of game where the players want the club to be seen to be doing well.

“Even the sponsors who are looking after the club watch the big games because they want to see of what they're putting into the club is working.”

Introducing our brand new fleet solutions partner! FCR fleet solutions will take care of all our travel needs for the 21/22 season! 🏎 #WeAreUnited pic.twitter.com/Dr5H0SPr4K

A club that battled to sign a shirt sponsor for 15 seasons in the top-flight this campaign also signed a sponsorship with the famous Pietermaritzburg-based Gift of the Givers charity foundation, owned by Dr Imtiaz Sooliman.

United's strides off the field in financial stability are sure to continue to bolster a club whose investment in youth structures has shown dividends in performance in the Premiership. Having failed to make the top eight in their first eight seasons in the top-flight, Maritzburg's progression has seen them reach the top half in four of their last seven campaigns.

The KwaZulu-Natal club will be out to improve on their current 11th place by giving Chiefs a tough outing at Harry Gwala, where the Team of Choice have won twice against Amakhosi, drawn eight and lost four out of 14 matchups in Pietermaritzburg.