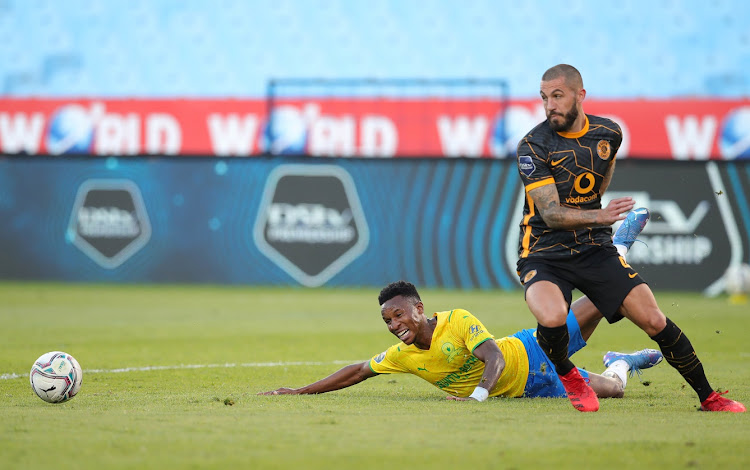 The Ernst Middendorp factor, the renowned research the Maritzburg coach the does on his opponents, and his existing inside knowledge on Kaizer Chiefs will make for a tough encounter for Amakhosi on Sunday, defender Daniel Cardoso has said.

Maritzburg and Chiefs return from the Fifa international date at Harry Gwala Stadium. The match pits Amakhosi coach Stuart Baxter against the boss who agonisingly steered Chiefs to within two points of the DStv Premiership title, capitulating on the final day to allow Mamelodi Sundowns in for the championship.

“It's always tricky going up against an ex-coach. Ernst is a very good coach, he's very good tactically,” Cardoso said.

“We almost won the league with Mr Middendorp, so it's gong to be a tough one. He knows all our ins and outs, especially the players who’ve been here for some time.

“It should be a very good game. Maritzburg have improved drastically under Ernst and I'm happy to see they're doing well under him.”

Maritzburg, with a win, defeat and draw from their last three games, will be out to improve on 11th place.

Chiefs have shown a steady improvement after a battling start to the league, and have lost once in seven games, winning three of the last four, including their 2-1 Soweto derby win against Orlando Pirates at FNB Stadium before the break.

“The Fifa break gave us some time to tighten some screws that were loose. It was 10 days' good training. It's just unfortunate not all the players were with us because some were on international duty,” Cardoso said.

“Obviously coming off a win going into a Fifa break isn't the best because you're carrying your momentum, but we shouldn't let that get to us.

“I think we can still take this break as a positive to get the mindset ready, especially after a big derby win which gave us quite a confidence boost. Even though we scored in the last minute, it's the three points that count.

“Maritzburg have always been a hoodoo team for us, but I think we've got a solid team now. We're starting to buzz and gel nicely. Hopefully we'll take all those positives into this game.”

Maritzburg United coach Ernst Middendorp has insinuated they are lucky to have accumulated 10 points from eight games this season, accepting that ...
Sport
1 month ago
Next Article