Teams also have to pay costs of replay 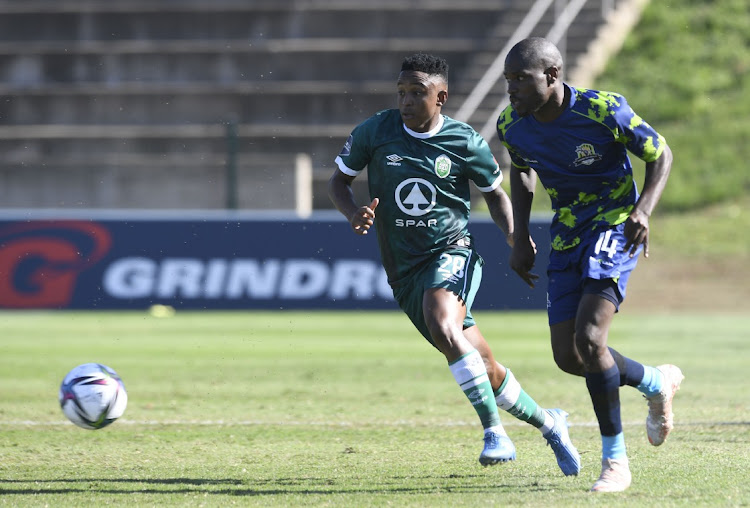 AmaZulu and Marumo Gallants have been hit with a hefty R500,000 fine each after pleading guilty to the charge of wearing similar kits during their DStv Premiership encounter on November 3 at the King Goodwill Zwelithini Stadium in Durban.

Referee Christopher Kistoor stopped the match in the ninth minute because officials failed to identify the difference between the two teams on the pitch.

Marumo Gallants were wearing navy blue, while AmaZulu were kitted in green.

The league ordered the match to be replayed the following day.

The two teams were ordered to pay the fine of R500,000 and to pay 50% of the costs of replaying that match.

A source who attended the hearing yesterday told Sowetan that the two teams pleaded guilty to the charges and rendered their heartfelt apology for travelling to the stadium with only one set of playing kits.

“AmaZulu and Gallants will cover the costs of replaying the match 50/50. In addition to that, they will each pay a fine of R500,000 for wearing an almost identical kit. It was too close, and the officials had to stop the game and could not tell the difference between the two colours. This embarrassing situation caused confusion, and the hearing did not take long as they were quick to admit that they were guilty about what took place on the day of the game,” said the source.

Makola faces a disciplinary hearing after being shown on TV pushing a referee during their MTN8 Cup final against Mamelodi Sundowns at the Moses Mabhida Stadium last month.

“The Mpho Makola disciplinary matter is partially heard and should be finalised on November 23. It is still ongoing and there is no verdict yet,” added the source.

Marumo Gallants again found themselves at odds with the PSL rules yesterday when it emerged they didn’t have an alternative kit against AmaZulu, ...
Sport
1 month ago

AmaZulu were held to a 0-0 draw by Marumo Gallants in the DStv Premiership match played at King Zwelithini Stadium on Thursday afternoon.
Sport
1 month ago

The DStv Premiership match at the King Zwelithini Stadium was abandoned nine minutes into the first half after the home bench, players and officials ...
Sport
1 month ago
Next Article