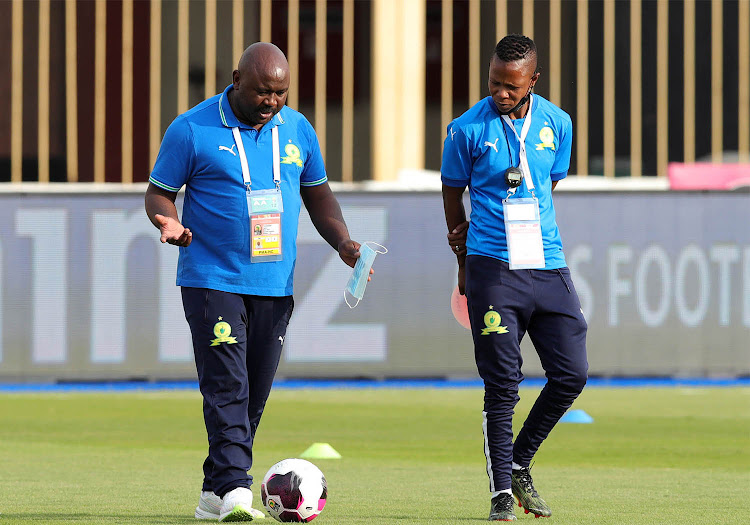 The Mamelodi Sundowns Ladies are on the cusp of history and only 90 minutes separates them from greatness.

Banyana Ba Style are preparing for what will be their most important game in their history when they face off against Hassacas Ladies from Ghana in the first-ever Caf Women’s Champions League final at the June 30 Stadium in Cairo on Friday.

The SA champions have not conceded a goal in their four group stage matches after 1-0 wins over Kenya’s Vihiga Queens and Rivers Angels from Nigeria, before they overcame Malabo Kings from Equatorial Guinea after a goalless draw after 120 minutes.

But though the Sundowns Ladies have been rock solid at the back, Jerry Tshabalala will be worried that his team has been firing blanks upfront with just two goals in four matches.

“I don’t know whether I am excited or nervous, but I am happy that we are in the final,” said Tshabalala after Sundowns Ladies held their nerve to win a semifinal penalty shoot-out 5-4 over Malabo Kings in Cairo.

“I don’t know if I should say football is cruel or not, because if you look at the performance [against Malabo Kings] compared with the previous games, we never played this good football in the group stages.

The Sundowns Ladies never stop playing even though the match was forced into extra time, they still created chances and did not have a lot of tired legs on the field.

“I am happy for the fighting spirit that the players have shown and we showed that we are a good team and can play good football.

“I am hoping that come the final [on Friday] we will convert the chances that we create.”

Tshabalala and the team are overwhelmed with the fact that there is only one match that stands in their way of making history, and emulating their men’s team who won Africa’s premier club competition in 2016.

“I will just tell my players that they will have to leave everything on the field. We don’t have to sit back. We will just have to go for it because we have only got 90 minutes to make history.”

“I know that we are playing against a very strong side but I know my players come to the party when they play against strong sides and come Friday, we will leave everything on the field of play.

“Defensively we are very solid and I have got to applaud the defence.”

The third place match will be between Morocco’s ASFAR and Malabo Kings on Thursday at the same venue in Cairo.