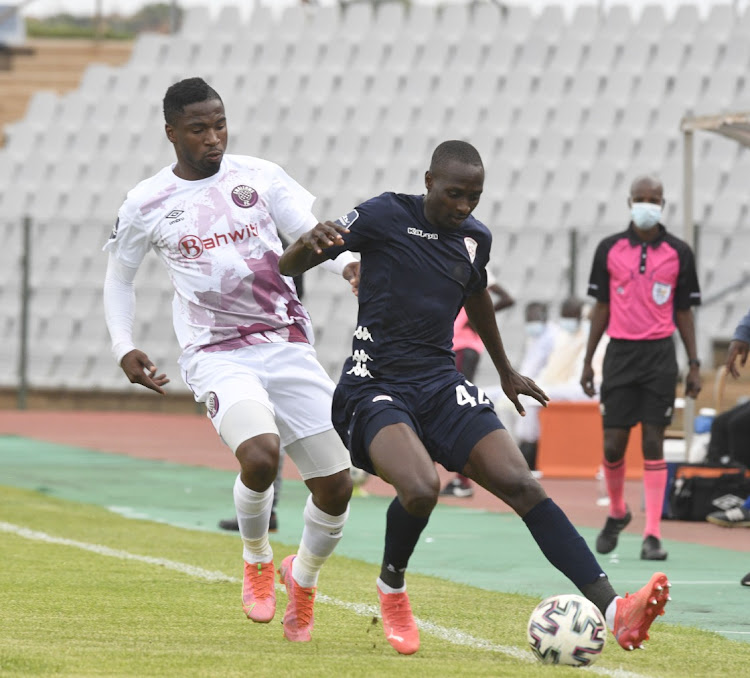 Sekhukhune United are enjoying themselves in their DStv Premiership campaign and they want to keep it that way.

The club's top goalscorer, Chibuike Ohizu, said their target is to end the season in the top eight.

The Limpopo-based outfit are fifth on the log table with 17 points from 10 matches.

“I think we started the season well because we have seasoned campaigners in our team. Having Katsande in the team is an added advantage. The senior players motivate us to work hard and to play as a team," he said.

"We deserve to be where we are on the table. Others might be surprised by our impressive start to the season, but it does not come as a surprise to us."

The modest forward from Nigeria said they are using the Fifa international break to work on their weaknesses and improve their game. He believes that 30 points would help them maintain their league status.

Sekhukhune will host Royal AM at the Ellis Park Stadium on Saturday at 3.30pm in their next league game.

Before the international break they stunned Swallows 1-0 at the Dobsonville Stadium in Soweto, and Ohizu wants them to pick up from where they left off against Royal.

“We played friendly games against the local teams to prepare for the next game. Royal AM will not be an easy opponent but we have planned well for them, and we are confident of getting the three points," said Ohizu.