POLL | Bafana heartbreak in Ghana, but was it really a penalty? 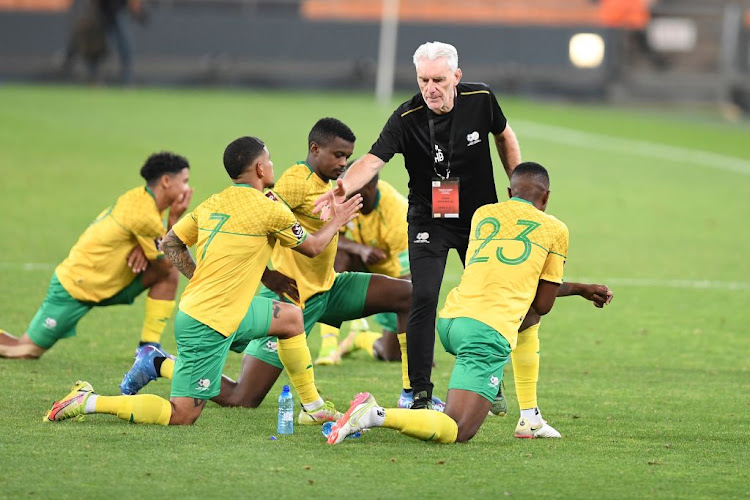 On Sunday, the national team suffered a  1-0 defeat to Ghana.

Ndiaye awarded the decisive penalty after deciding that Bafana defender Rushine de Reuck fouled Ghana's Daniel Amartey inside the area when there was barely contact between the two players.

Was it a penalty?!

Speaking to SuperSport after the final whistle, Bafana Bafana head coach Hugo Broos said he was disappointed in Ndiaye.

“First of all, sure I’m disappointed today because we were very close. And as you see that the elimination was one goal difference. So that is a second disappointment. We’ve done very good work the last three months,” said Broos.

“If you asked anybody in SA before the qualifiers, how we would do, nobody predicted that we would be top of the group going into the last game. From that perspective, I think we did a very good job. And there is a team again in SA. And that's very important.

“And again, I'm not happy, really not happy with the way the referee handled the game today. He let Ghana play in an aggressive way. I've nothing against that, but it has to be for both sides. And that was not the case today.”

Former players and coaches, including Steven Pienaar and Pitso Mosimane, took to social media to weigh in on Ndiaye's controversial penalty decision.

“How was that a penalty? Disgrace,” exclaimed Pienaar.

How was that a penalty? Disgrace @CAF_Online

Penalties!! CAF World Cup qualifiers:
DRC vs Benin
Ghana vs SA
What’s your take ?
What is the solution to this challenge?
How far in years between UEFA and CAF Football (National teams and Club Football).

What a bad penalty decision against Bafana Bafana, Sies!

Yoh hai Ref how is that a penalty😡