Mane taken off as precaution in World Cup qualifier 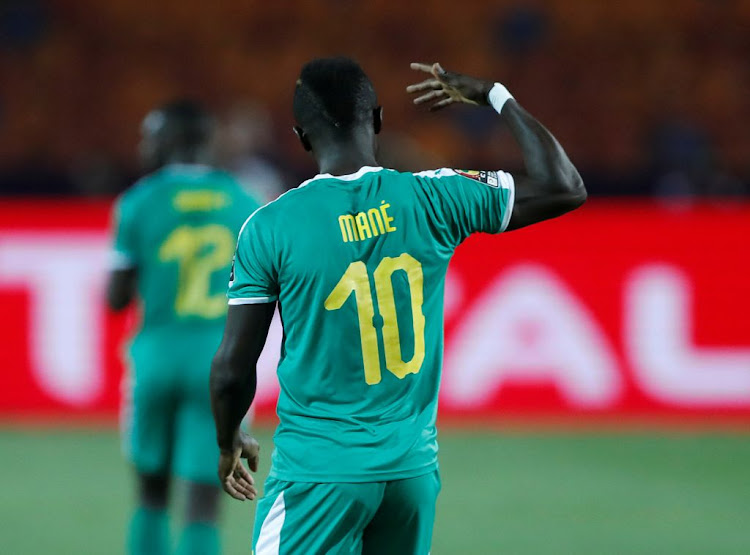 Senegal's Sadio Mane celebrates scoring a goal during the Africa Cup of Nations round of 16 match against Uganda at Cairo International Stadium, Cairo, Egypt, on July 5 2019.
Image: REUTERS/Amr Abdallah Dalsh

Sadio Mane’s substitution in a World Cup qualifier for Senegal on Thursday was not due to anything serious and only taken as a precautionary measure, coach Aliou Cisse said.

The Liverpool star left the field after 27 minutes after a clash with a Togo defender in the 1-1 draw in Togo.

He looked to have either hurt a rib or his hip, which the coach did not expand on afterwards.

But Cisse did tell reporters: “There is nothing bad. We only took him out as a precaution, not for something serious.”

Senegal, who have already won their group and advanced to March’s decisive playoff for a place at the Qatar World Cup, needed a last gasp equaliser to avoid defeat.

“It’s true that the exit of Sadio Mane destabilised us a bit, he does give us something different,” the coach added at a news conference.

Senegal conclude their qualifying campaign at home to Congo in Dakar on Sunday but it was not clear if Mane will feature in that match.

Mane, 29, returned from international duty with Senegal in 2017 with a hamstring injury and in 2018 a broken thumb that required surgery.