From outcast to captain: how critism transformed Parker 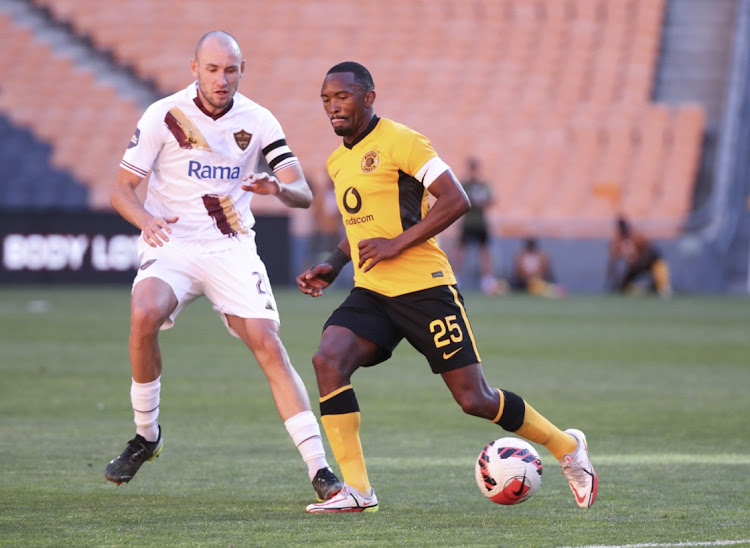 Arguably the most vilified Kaizer Chiefs player amid the club’s six-year trophy draught, Bernard Parker has not taken the fans’ abuse to heart.

“I am just a strong person, that’s why I can handle the abuse. I always make sure that I control what I can control and let God control what’s out of my control,” Parker told Sowetan yesterday.

Other senior players like Itumeleng Khune, Eric Mathoho and the now departed Willard Katsande have also incurred the wrath of the Amakhosi faithful in recent seasons.

However, Parker seems to be the only one among these players who’s managed to put it behind him, having recently become Amakhosi’s all-time leading goalscorer in the Premier Soccer League (PSL) era with 60 goals.

“I have never given up when things weren’t going well... I have never stopped working hard. The criticism isn’t bothering me. Actually, it pushes me to work even harder. You can see how much players are slated in Europe but they hardly get broken, so I adopted that mentality,’’ said Parker.

The 35-year-old Boksburg-born utility attacker is proud to be Amakhosi’s leading scorer in the modern PSL era. Parker has forged a productive partnership up front with Khama Billiat and Keagan Dolly this season with a combined 11 goals thus far.

Last week, Parker obtained his second tertiary qualification in two years, a higher certificate in sports marketing from Boston College. The Chiefs man attained a sports management diploma from the same institution in 2019. Parker is now pursuing a psychology diploma at the same college.

The former Bafana Bafana forward also credited his studies with helping him to disregard his critics. It’s worth highlighting that playing different positions, like central midfield and at left wingback, also played a role in Parker being ineffective in the last few terms.

“What also made me to pay less attention to critics is that I am more focused on my books. The books have kept my mind fresh and positive. I have just graduated for the second time after two years,’’ said Parker.

“The first one was a sports management now this time around is a sports marketing. I am still busy with a sports psychology diploma.’’

Thursday could not have gone too much better for Bafana Bafana, who clinically edged Zimbabwe 1-0 to take a three-point lead in their 2022 World Cup ...
Sport
6 months ago

Bafana are going to benefit a lot from Blom, says Chiefs coach Baxter

Mamelodi Sundowns will finally get their wish to have three stars added to their crest in recognition of winning 10 domestic league titles (La ...
Sport
6 months ago

Embattled Kaizer Chiefs right-winger Dumisani Zuma has been removed from all the club's football activities pending an internal disciplinary hearing.
Sport
6 months ago
Next Article