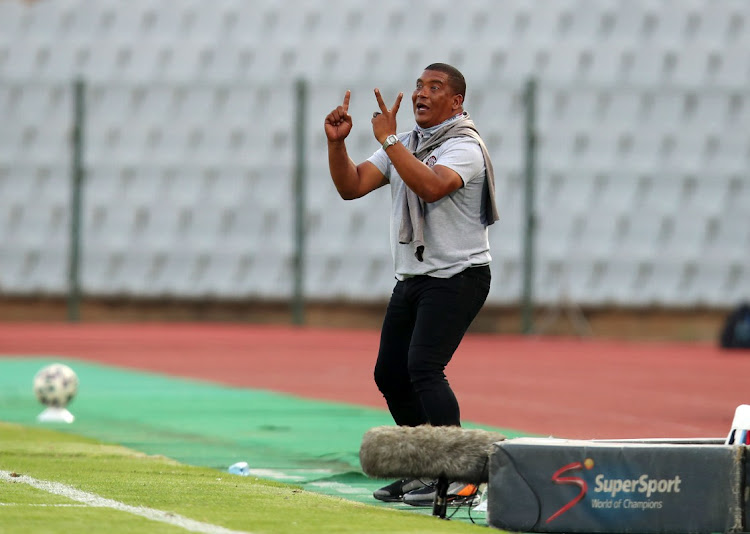 Given how Swallows are struggling this season shouldn’t be a surprise as indications were clear towards the end of last season.

While the recent poor form should be concerning to the club hierarchy, this is a continuation from the last campaign when they put a run of successive draws on the trot.

Last season, they set an unwanted record of 20 draws in 30 league matches and their poor performances have escalated this season with only a single victory in 10 games.

In those games this season, they have scored two goals – the fewest by any team – and conceded nine with five draws and four defeats.

Losing players such as Njabulo Ngcobo, Kgaogelo Sekgota and Sifiso Hlanti has been one of the contributing factors for their slump. Ngcobo was a Defender of the Season, while Sekgota added value to their attack.

After they lost Tsakisani Mthethwa, who got five Man-of-the-Match awards last season, it destabilised them heavily.

With new players still trying to settle in, this has left the club with so many problems, with coach Brandon Truter, who was suspended for two weeks, now under a lot of pressure.

Truter advised the club to be patient with him and reminded them how Mamelodi Sundowns supporters called for Pitso Mosimane’s blood when results were not coming and the club were patient until he got it right.

“You could see with all the players that we lost and players coming in and then me going on leave as well – all these factors contributed,” Truter told Sowetan yesterday.

“I keep on making reference to Sundowns supporters and how everybody said Pitso must go when he was drawing games and not winning too many matches.

“The club kept its patience. It was the supporters and media who wanted him out but he turned things around and they are where they are because of Pitso, not anyone else.

“I think that’s what is lacking in today’s game or in SA. There is no patience, all they want is instant success and that’s where they are getting it wrong.

“If you want to compete with the likes of Sundowns, Kaizer Chiefs, Orlando Pirates and SuperSport for that matter, it requires a bit of patience.

“We are building something, it is a team that is in the second season in the Premiership and you want me to go and compete with Sundowns, Chiefs and Pirates?

“But we have to get it right. Our jobs depend on results and performances, so we understand, but we will get it right. I have a quality squad.”

‘We don’t have any mandate but safety first’, says Makhubedu

Sekhukhune United coach MacDonald Makhubedu believes his fifth-placed side have enough in the tank to stay clear of the annual relegation battle and ...
Sport
9 months ago

Dolly: Broos may be the coach to finally turn around Bafana Bafana

Having been a key member of Bafana Bafana in the pre-Hugo Broos era, Keagan Dolly has given the lowdown on the difference between the current ...
Sport
9 months ago

Bafana Bafana skipper Ronwen Williams is excited by the fact that all of the side’s attackers have been scoring for their respective clubs prior to ...
Sport
9 months ago
Next Article