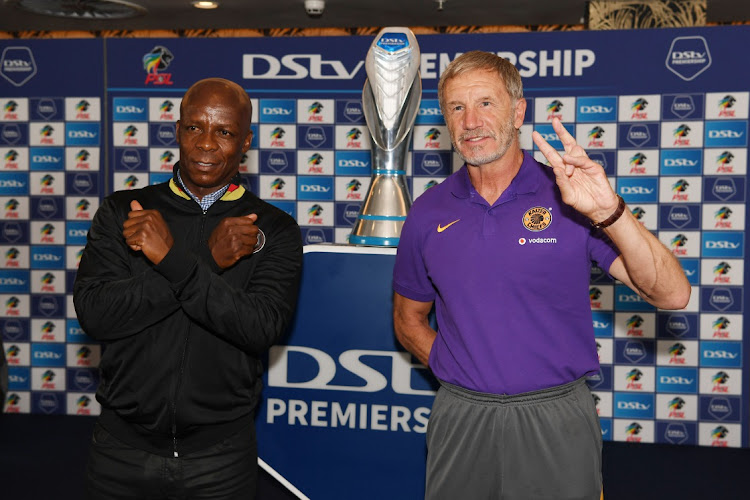 Kaizer Chiefs coach Stuart Baxter has concurred with the notion that Mamelodi Sundowns’ supremacy in recent seasons may eventually deprive the Soweto derby of its original value and relevance.

Chiefs and Orlando Pirates will once again renew their rivalry when they meet in a DStv Premiership match at FNB Stadium tomorrow (3.30pm). As a coach, Baxter boasts an impressive record against Pirates, winning seven of the 15 games with just a single defeat and seven draws.

Speaking on the sidelines of a media conference to preview tomorrow’s derby at Hotel Sky in Sandton yesterday, Baxter admitted the Soweto derby is at risk of losing its prestige if Amakhosi and the Buccaneers don’t improve.

“Chiefs and Pirates have had their issues in recent years. You can look at it and say that Rangers and Celtic [the Old Firm rivalry in Scotland] is a top game, Barcelona and Madrid [the Spanish El Clasico] is a top game. All the derbies are top games but Tottenham and Arsenal [the London derby] has threatened to be a ruin [because, like Chiefs and Pirates, they’ve been struggling for trophies],” said Baxter.

“I think the Soweto derby can manage in this sort of situation for a while but not forever because then people will say it’s not the derby, actually. Pirates against Sundowns or Chiefs against Sundowns is the big one, even though traditionally it’s not. So we [Chiefs and Pirates] must address this by getting better.”

Baxter also disclosed left-back Sifiso Hlanti has been ruled out for up to six months after rupturing his Achilles tendon at training yesterday. The Chiefs coach listed Reeve Frosler, Sibusiso Mabiliso and Happy Mashiane as potential replacements.

“Mabiliso, Reeve, those are candidates unless we play three centre-backs, then we can use Mashiane as a wingback,” noted Baxter.

Ahead of his maiden Soweto derby as a Kaizer Chiefs player, the in-form Keagan Dolly has reminisced about how he always wanted to feature in this ...
Sport
2 months ago

AmaZulu were held to a 0-0 draw by Marumo Gallants in the DStv Premiership match played at King Zwelithini Stadium on Thursday afternoon.
Sport
2 months ago

Ncikazi: Pirates could field a strong team from their injury list

Orlando Pirates have an injury list that could easily have been a team list, co-coach Mandla Ncikazi has said ahead of Saturday’s DStv Premiership ...
Sport
2 months ago
Next Article