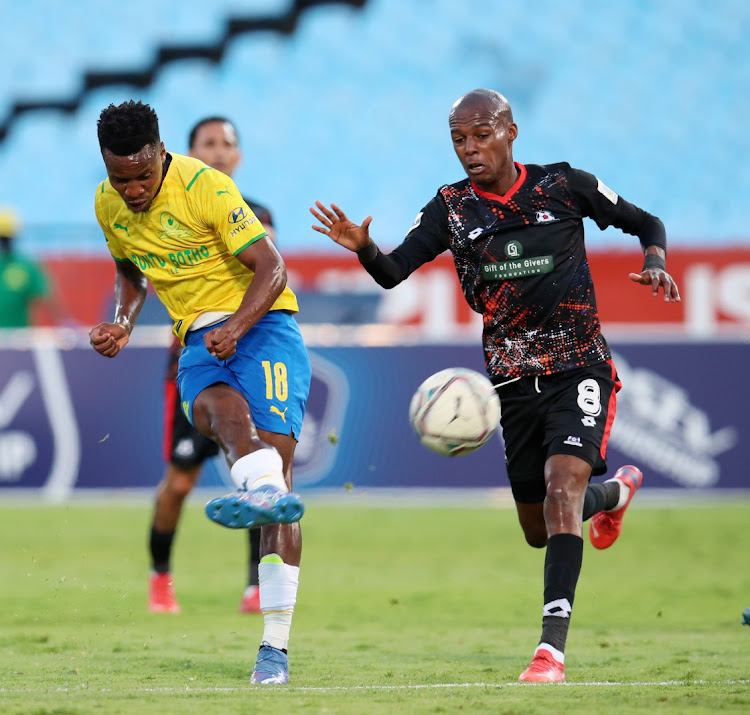 Mamelodi Sundowns reached another milestone as they set a new record of 11 consecutive league clean-sheets after their hard-fought 1-0 victory over Maritzburg United at Loftus Versfeld Stadium last night.

Before yesterday’s match, they were on a run of 10 games without conceding, equalling Bidvest Wits when they went the same number of games without letting in a goal in the 2003/04 season.

Sundowns have looked imperious so far this campaign as they notched up seven victories and one draw in eight DStv Premiership outings.

The Brazilians refreshed their side from the MTN8 final, as they gave shot-stopper Reyaad Pieterse a rare start alongside Divine Lunga, Haashim Domingo, Pavol Safranko and Neo Maema.

With those changes, they made a shaky start, with misplaced passes from the back intercepted by Maritzburg, but they didn’t take advantage of that. It was also hard to see if they would be the first team to score against them as they didn’t even have a shot on target in the first half.

To their credit, Maritzburg were pressing Sundowns effectively and forcing Sundowns into making mistakes.

But it was not long before Sundowns took charge and Peter Shalulile had the best chance eight minutes before the interval after going through inside the box. But he ballooned his strike over the crossbar.

Shalulile then made up for his first-half miss as he broke the deadlock four minutes before the hour mark with a spectacular first-time volley from a Maema delivery to net his six-goal of the season.

Sundowns had chances to extend their lead but were not ruthless as they were in the last few matches in the league.

They did well to keep Maritzburg out as every time they were in the Sundowns area, they could not get the better of their defence as the recently crowned MTN8 champs dealt with everything well.

Maritzburg tried their best to end that consecutive clean-sheets run, but Sundowns managed the game well.

SuperSport United coach Kaitano Tembo is upset with his player Luke Fleurs after the centre-back was red carded having received two yellow cards in ...
Sport
7 months ago

Marumo Gallants again found themselves at odds with the PSL rules yesterday when it emerged they didn’t have an alternative kit against AmaZulu, ...
Sport
7 months ago

Royal AM are growing in confidence and proving to be one of the Premiership’s surprise packages this season after they snatched victory from the jaws ...
Sport
7 months ago
Next Article