Pirates need to convert chances to be competitive – Ncikazi 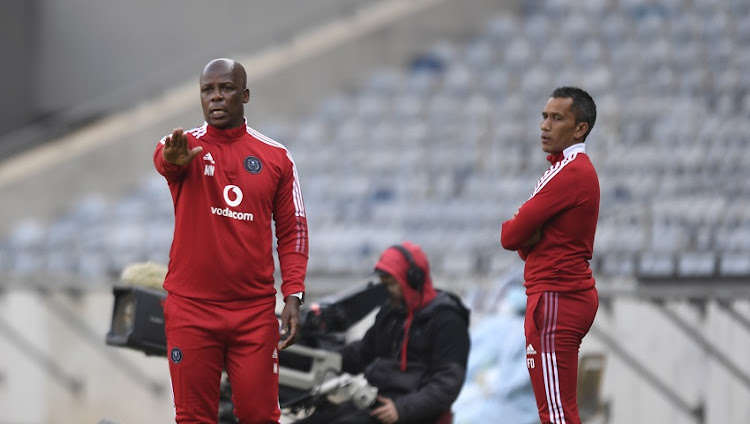 Orlando Pirates co-coach Mandla Ncikazi has given an impression that converting chances is the only missing element before Buccaneers are a complete side in terms of competitiveness.

On Tuesday, Pirates snapped their four-game winless streak in the league by coming from a goal down to beat Sekhukhune United 2-1 at Orlando Stadium. The Sea Robbers take on Soweto rivals Kaizer Chiefs at FNB Stadium on Saturday (3.30pm).

Linda Mntambo converted from the spot in the 76th minute before second-half substitute Kabelo Dlamini net the winner a minute later, cancelling out Seth Parusnath’s brilliantly curved goal he scored late in the first half.

“When we started with coach Fadlu [Davids] we worked on stages like intensity and football fitness… then we were satisfied in that zone. We went into focusing on keeping the ball… we said ‘if we say we’re possession-based then let’s use the ball as a tool to attack’. We got that,’’ said Ncikazi.

"Now we’re struggling a bit with an attacking third. We’re creating chances but there’s one part that’s left – that’s putting the ball in the net. We’re a work in progress… we’re getting there. I am 80% satisfied.’’

Ncikazi, who initially joined the Sea Robbers as a second assistant to Josef Zinnbauer before the season started, also highlighted the significance of the win over Sekhukhune ahead of the Soweto derby against Chiefs. Ncikazi and Davids took over the reins as co-coaches when Zinnbauer was sacked mid-August.

“I am happy that we won against Sekhukhune, but we know that in derbies form doesn’t count but I am happy that we’re a bit confident. [Against Chiefs] we’ll play with confidence and belief because of this win,’’ Ncikazi indicated.

Pirates could be forced to deploy a makeshift central defensive pairing on Saturday after impressive centre-back Olisa Ndah was substituted in the 70th minute after picking up a hamstring injury. Ndah follows skipper Happy Jele to the injury ward at Pirates.

“On Ndah, we’ll wait for a medical report. I am concerned a bit. It’s the story of our lives. In almost every match we lose a player,’’ noted Ncikazi.

Since embattled Swallows coach Brandon Truter returned from leave, the Birds have failed to register a win in the DStv Premiership.
Sport
6 months ago

Mamelodi Sundowns reached another milestone as they set a new record of 11 consecutive league clean-sheets after their hard-fought 1-0 victory over ...
Sport
6 months ago

Marumo Gallants again found themselves at odds with the PSL rules yesterday when it emerged they didn’t have an alternative kit against AmaZulu, ...
Sport
6 months ago

SuperSport United coach Kaitano Tembo is upset with his player Luke Fleurs after the centre-back was red carded having received two yellow cards in ...
Sport
6 months ago
Next Article