Kaizer Chiefs coach Baxter on Hlanti’s devastating injury: ‘It was like a pistol shot’ 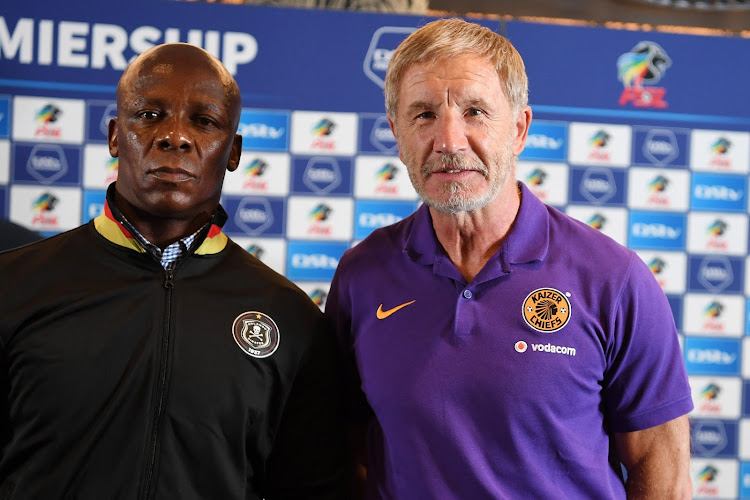 In-form left-back Sifiso Hlanti looks set to miss the rest of the 2021-22 season with a devastating injury he received in training on Thursday, Kaizer Chiefs coach Stuart Baxter revealed ahead of Saturday’s DStv Premiership Soweto derby against Orlando Pirates.

Baxter revealed that, in a freak injury, Hlanti had simply stepped awkwardly in training at Chiefs’ Village in Naturena on Thursday morning, and the news after the session from the medical team was that the Bafana Bafana left-back had a serious Achilles rupture.

“Look at me, I’ve got my boot on and I’m not a happy camper at the moment. But I feel so sorry for Sifiso,” said Baxter at Thursday’s pre-match press conference in Sandton to the derby, wearing a moon boot on his right foot for a stress fracture the coach picked up in the gym.

“We had done everything, we were in the last two minutes of the 15 minutes playing, Sifiso hit a long, cross-field pass, he was back-pedalling, he put his foot down behind him and I’m not joking, everybody within 20-metres heard it. It was like a pistol shot.

“He went off, and when I came off the field they said he’s got a total rupture of the Achilles. Where the Achilles was they could put their two fingers together – it just snapped.

Hlanti, signed from Swallows FC in the off-season, has been one of the consistently bright performers on the left flank for a Chiefs side who have battled to seventh place in the Premiership after nine matches.

His displays have caught the eye of Bafana coach Hugo Broos, earning the 31-year-old ex-league winner for Bidvest Wits call-ups despite the Belgian’s youth policy for the national team seeing a number of ex-frontline players sidelined.

Baxter will also undergo an operation for his stress fracture, the coach said, and might have to wear a moon boot for a few months.

The coach said of his other injury concerns ahead of the derby that many were back in training, but not necessarily fit for Saturday’s game at FNB Stadium.

“Samir Nurković is the only one who’s not [back in training] – he’s got a long way ahead of him.

“Lebo Manyama, Siya Ngezana [remain out], and now also Hlanti. They’re all possible big hitters, but you do the best you can.”

Chiefs are in seventh place going into the derby and Pirates sixth.