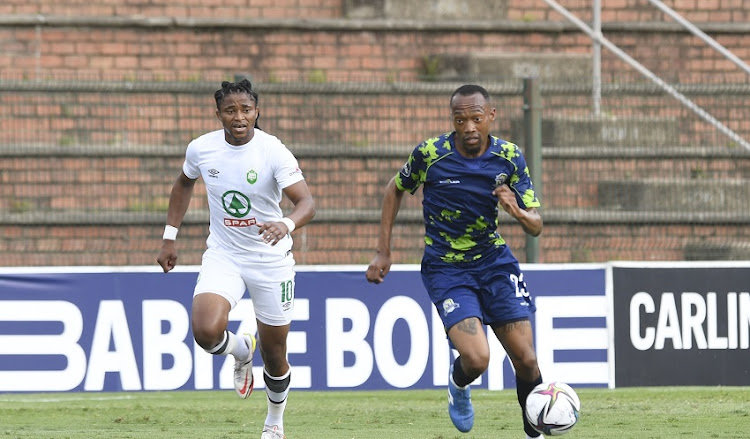 AmaZulu were held to a goalless draw by Marumo Gallants at King Zwelithini Stadium in the much talked about league match that was rescheduled from Wednesday to Thursday afternoon after a kit debacle involving the sides.

The match was initially scheduled for Wednesday at the Umlazi stadium but was abandoned nine minutes into the first half after the AmaZulu bench, players and officials complained that the two teams were wearing similar colours.

The debacle embarrassed the Premier Soccer League and the league's prosecutor Nande Becker confirmed to TimesLIVE shortly after the match was abandoned that he would launch an investigation.

There were no problems with the kit on Thursday and  Ndabayithethwa Ndlondlo  quickly established himself as a troublesome figure for Gallant as he continued to ask questions of the home side. Ndlondlo was a perennial nuisance and continued to whip crosses into the AmaZulu area, setting up opportunities for Miguel Timm. But the AmaZulu rearguard held firm and did well to clear the threatening aerial balls.

Both teams took their time settling into the game, with AmaZulu perhaps the more fluid in terms of passing and movement, though Gallants offered more of a goal threat in the opening quarter thanks to the movement and energy from Ndlondlo.

AmaZulu struggled to bring their attackers into the game, with their only effort on target in the first half coming from Bongi Ntuli, but it was easily saved by Gallants ‘keeper Washington Arubi.

Gallants made a change in attack at the start of the second half, replacing Letsie Koapeng with Lerato Lamola, while AmaZulu waited until the hour mark to bring on Xola Mlambo, Augustin Mulenga and Lehlohonolo Majoro to boost their offensive impetus.

Thabo Mnyamane and Lerato Lamola were influential for Bahlabane ba Ntwa in the second half, notably playing in a couple of dangerous crosses which proved troublesome for AmaZulu. But much like the first half, their pressure did not yield any results and the visitors could not find the back of the net.

Referee Christopher Kistoor handed a yellow card to Gallants coach Mpho Maleka in the 68th minutes after Maleka protested too vigorously for action to be taken by the match officials after a foul on his player Mpho Mvelase.

Ultimately, the match ended in a 0-0 draw with the teams unable to create enough clear-cut opportunities to win the game.

The result saw the Gallants remain in 16th place while  AmaZulu are ninth  on the league standings. Both teams are now winless in their latest two matches.

Overall the visitors had the better chances throughout the game, but could not find a route to the AmaZulu goal and break the deadlock.