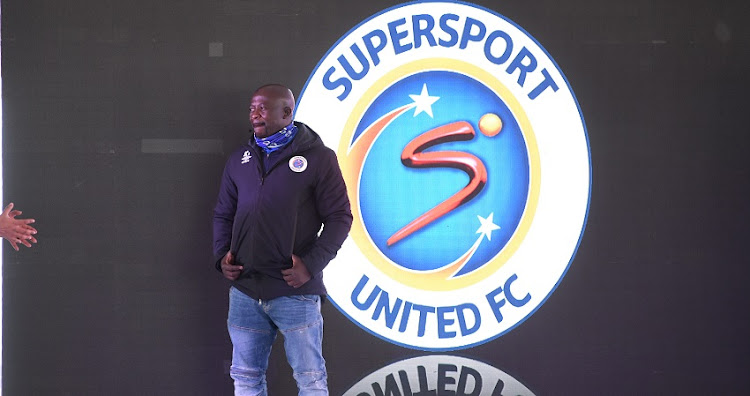 SuperSport United coach Kaitano Tembo is upset with his player Luke Fleurs after the centre-back was red carded having received two yellow cards in quick succession early in the first half in their last-minute 2-1 defeat to Royal AM on Tuesday.

Having been booked shortly after the restart for a bad challenge, and with United leading from Thamsanqa Gabuza’s first half goal, the 21-year-old Bafana Bafana defender was booked again a few minutes later for throwing the ball away in frustration and was given his marching orders.

Royal won through two late goals from Zukile Mkhize and substitute Menzi Masuku at Chatsworth Stadium to deflate United, who had led from the 30th minute.

“We had a very good start, we put them under a lot of pressure and had opportunities,” said Tembo, the 51-year-old former United defender.

“We were on the offensive from the beginning and we had two or three chances to score but we could not take them, other than the goal we scored.”

The red card, said Tembo, was the moment that turned the game on its head and where they lost the match.

“I think the game changed when Luke Fleurs got booked [for a second yellow card]. I think it was a stupid thing to do, throwing the ball away knowing that you are on a yellow card.

“For me that is the moment which changed everything and I’m very disappointed in that.”

Despite the last-gasp defeat away from home, Tembo was satisfied with his team’s performance.

“It was only in the last two minutes where we could not hold on, but in terms of performance, I thought we played well as a team.

“Royal were throwing numbers into the box and we were not composed and not really clearing the ball properly, hence the two goals.

“I thought if we had stayed a little bit more compact and be composed I think we could have seen the game through.”

SuperSport are fourth on 15 points from nine matches and still within touching distance as they trail city rivals and leading defending champions Mamelodi Sundowns by four points.

But the champions could race away on Wednesday when they host Maritzburg United at Loftus.

With Fleurs out for the next match, Tembo said some of his players struggled towards the end of the match, but he will have a look at who is available for the visit of TS Galaxy at Lucas Moripe Stadium in Atteridgeville on Friday.

“It will be another difficult game. It is not going to be an easy game but we just have to rest and recover and see who is available, because you could see that there were a lot of tired legs out there.

“But I am positive that we will be able to put up a team that will give us good results at home.”