Baxter: Chiefs 'didn’t have the quality to break down Stellenbosch's block' 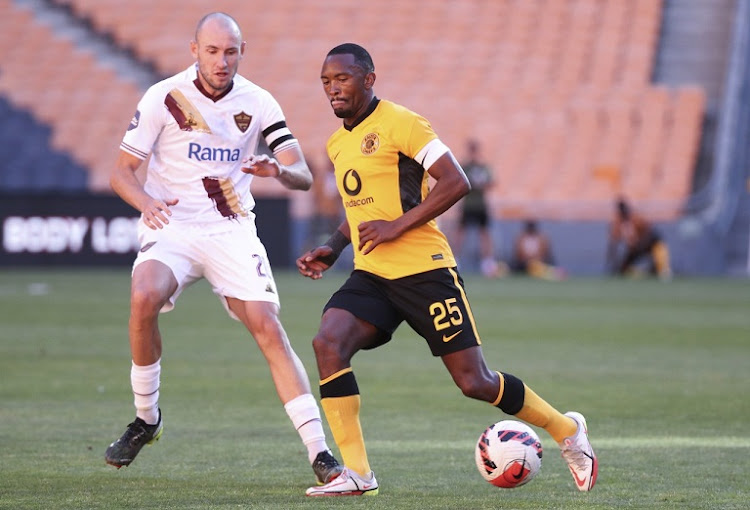 Kaizer Chiefs did not manage the speed and awareness in movement necessary to break down Stellenbosch FC’s low defensive block in the second half of their 1-0 DStv Premiership defeat at FNB Stadium on Tuesday, coach Stuart Baxter said.

Despite that they still managed box entries attempting to fight back from Stellies danger forward Ashley du Preez’s 38th-minute strike, but then their decision-making was poor, Baxter lamented as Chiefs slipped to a first defeat in five games ahead of Saturday’s Soweto derby against Orlando Pirates.

“The first 15 minutes was OK – it was the high press and we pinned them back and created chances. And in their first attack they broke free of the press and got a runner [Du Preez] in, and even though not too dangerous it was a bit of a warning shot,” Baxter said.

“I don’t know if that made us a bit apprehensive but we became quite static, and they took control of the game quite well. [Stellenbosch coach] Steve Barker had them well organised with a low block and breaking quickly, and they controlled the game quite comfortably.

“The goal came in the middle of that and that put us on the back foot. We changed a few things tactically at half time and it improved for us. We got more bodies further upfield.

“But I thought our decision-making in good situations was not good enough. And even though we played more quickly in our combination play in the second half, we weren’t as committed to the patterns of movement that we’ve been doing.

“So we didn’t have the quality to break down what was a solid block. I don’t think it was a bad performance but it was a performance without the edge that we want to see.”

“When the space is at a premium you’ve got to move defenders. You’ve got to be really focused and move their defenders around, and we didn’t do that.

“Having said that, we still got in [to their box] enough so that if we’d have had more quality in the finish or decision to play one more pass, if we’d have taken one of those chances I think it would have been a very different game, because they would have had to come out.

“As it was Stellenbosch organised themselves very well, put down space, they left the quick lad [Du Preez] up and he’s a handful all the time with his speed.

“There weren’t a lot of chances for them but it’s disappointing for us to not have the opportunities that we had in the previous games.”

Chiefs had come into the game on the back of impressive wins against Chippa United (4-0) at home and SuperSport United (2-1) away. Amakhosi host Pirates at FNB Stadium on Saturday.