'Keagan poses a big threat for us' 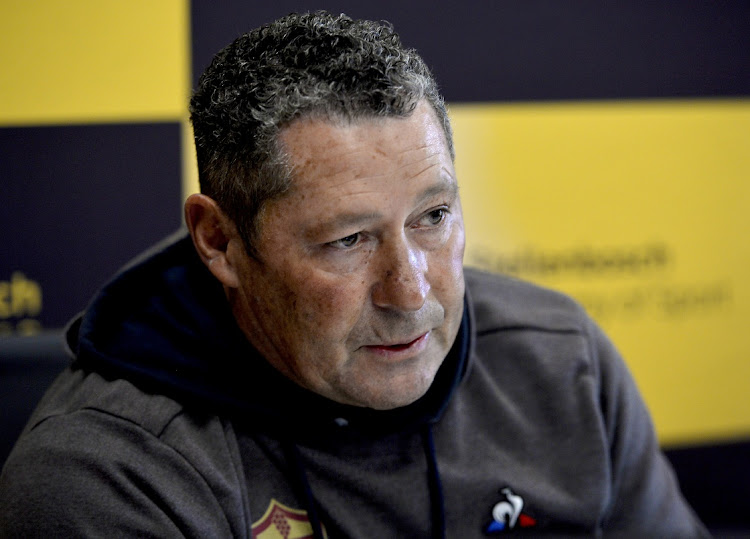 Stellenbosch mentor Steve Barker is wary of the threat Kaizer Chiefs pose in attack, singling out Keagan Dolly as the man they should close down when the two sides meet at FNB Stadium at 3.30pm today.

Chiefs’ front three of Dolly, Khama Billiat and Bernard Parker have been fantastic of late, managing a combined five goals in the last two outings.

“Keagan is showing the quality that he has and everybody knows he possesses so much quality. We definitely can’t allow him the freedom and space, especially in the final third. But it’s not only him; the movement of their front three has been really good,” said Barker.

“They’ve got good quality midfielders and defensively they are solid as well, so those are signs of a team that’s being well coached... it’s starting to show at Chiefs. There’s a number of players we need to be aware of but Keagan poses a big threat for us.”

Stellies have gone eight DStv Premiership games without a defeat, with four wins and four draws. This is the reason they’re second on the table. Barker views the game against Chiefs as their ultimate test amid this unbeaten streak.

“For various reasons I do think that Chiefs is the biggest test in this unbeaten run. They seem to have turned the corner and I am sure their confidence is high, with some of the high-profile players there starting to have an impact,” said Barker.

“So yeah, it’s going to be the big test but at the same time we’d rather look at it as a challenge. It’ll be a good indicator as to where we have come as a team and what we’re capable of achieving. It’ll be a good barometer for us to see where we’re at.”

The return of striker Bradley Grobler from an unspecified injury, combined with the eight days they’ve been inactive before today’s game away to ...
Sport
2 months ago

High-flying Sekhukhune United travel to Soweto with the belief that they can surprise Orlando Pirates at their Orlando Stadium backyard when the two ...
Sport
2 months ago

Life at Naturena has not always been calm and tranquil this season, and coach Stuart Baxter will be the first to admit that his second coming at ...
Sport
2 months ago

Cape Town City coach Eric Tinkler was left disappointed by the quality of his penalty takers' kicks after the Mother City club lost in the MTN8 final ...
Sport
2 months ago
Next Article