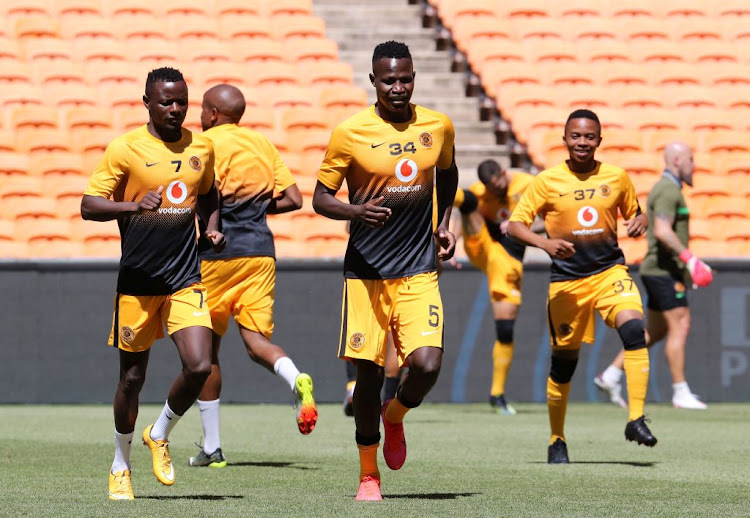 Life at Naturena has not always been calm and tranquil this season, and coach Stuart Baxter will be the first to admit that his second coming at Kaizer Chiefs has not been as smooth as he would have hoped.

The Briton knew exactly what he was signing up for when he agreed to go back to the south of Johannesburg to lead the reawakening of a still popular sleeping giant that desperately yearns for a return to the glory days when rivals rolled over and played dead at their feet.

Chiefs have not gone anywhere near the winners' podium since Baxter himself led the side to the league title six year years ago - Amakhosi also won the MTN8 earlier in that season - and while this bit of nostalgia bought him a bit of goodwill in the early days of his return, patience has started to wear thin as the fans grow increasingly restless.

While the early days of his tenure have yielded a mixed bag of results this season - Chiefs have played eight, won three, drawn three and lost two to remain in sixth place on the standings - it is the outcome of their most recent matches that will have given the long-suffering fans reason to believe.

Amakhosi beat the traditionally tricky Supersport United 2-1 away from home in their last outing eight days ago, building on the impressive 4-0 thumping of Chippa United and the away 1-1 draw against the tough AmaZulu at the beginning of last month.

It is with this growing sprinkling of confidence in mind that Chiefs approach Tuesday's tricky date with second place Stellenbosch at FNB Stadium (3.30pm).

Utility player Anthony Akumu Agay said while he does not know much about the side from the Winelands, Chiefs will fight to keep the momentum going.

“For me personally I do not know much about them. I have played [against] them once, I think, but that does not matter. What matters is on the day of the game. It is a different game you know, each team comes with different tactics and with a different style of play and approach,” he said.

“But for us, we have our own approach, our own tactics and I believe we will be victorious on [Tuesday]. For us it is just three points and again we will try to do the right things, follow instructions and be there for each other and win it for us, for our families, for fans and for the Kaizer Chiefs fraternity.”

Agay conceded that the hard-fought win against Supersport, a tough side that always gives them problems and remains difficult to beat for any team in the league, was worth its weight in gold and has given them reason to start believing again.

“Talking about our last game, and that is [against] Supersport United, we did our best and everyone was there, everyone pushed,” he said.

“We needed that win and at the end of the day we got the three points. We followed the instructions from the coaching staff and it worked out. The team performance, also, so far so good. I think we are getting there, doing everything right, doing what the coach needs from each and every player, you know.

“It does not matter who plays and who is not playing, it is just a matter of giving your best and getting the maximum points.”

In other league matches on Tuesday:

Royal AM vs SuperSport United at Chatsworth Stadium, Chatsworth (5.30pm)