Barker ahead of Stellenbosch's date with Chiefs: 'Yes, Keagan Dolly does pose a big threat for us' 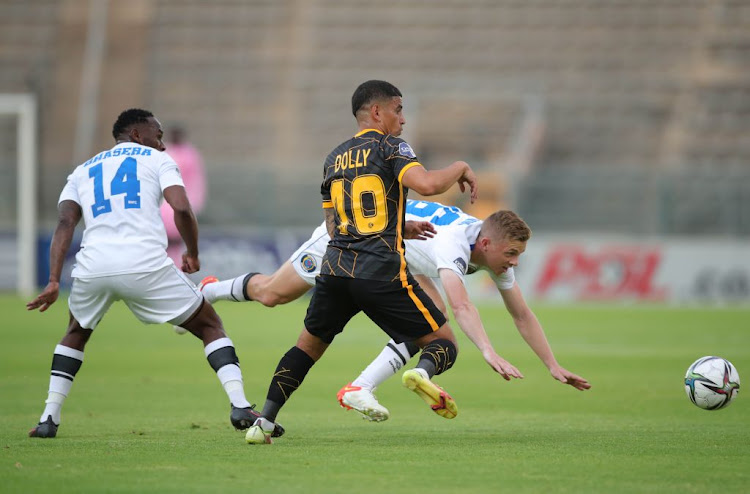 Stellenbosch coach Steve Barker believes his side's date with Kaizer Chiefs at FNB Stadium on Tuesday night will be the sternest test to their impressive early season form.

The second-placed Western Cape side and leaders Mamelodi Sundowns are the only unbeaten teams in the league so far this season, and Barker believes this record will come under intense scrutiny when they travel to Johannesburg to face the sixth-placed Chiefs.

“Yes I do [believe it will be the biggest test to their unbeaten run], I think for various reasons, and I think obviously because of the quality of the opposition,” he said.

“They also seem to have turned the corner, and some [of the Chiefs players] show the confidence and belief, with some of their high-profile players starting to have an impact.

“You know this is also our fifth away game in nine [outings], that is also not easy to keep travelling. So jah, it is going to be a big test, but at the same time we rather look at it as a big challenge. I think it will be a good indicator of [how far] we have come as a team, what we are capable of achieving. So I think it will be a good barometer for us to see where we at.”

Barker conceded that they will have to keep a close eye on resurgent attacking midfielder Keagan Dolly, whose form at Chiefs has been so impressive that even Bafana Bafana coach Hugo Broos took notice.

Dolly was recently included in the 23-man Bafana provisional squad named by Broos to face Ghana and Zimbabwe in the last two 2022 Fifa World Cup qualifiers in Group G. Broos will name his final squad on Tuesday and the 28-year-old left-footed player is expected to be on the list.

The midfielder last played for Bafana in March when the team failed to qualify for next year's Africa Cup of Nations with former coach Molefi Ntseki at the helm. He has been in blistering form at Chiefs and in eight DStv Premiership matches this season, Dolly has scored three goals and provided three assists.

Barker said his players will have to be on high alert around a deadly player like Dolly.

“I think obviously he is showing the quality he has and everyone knows he possesses. We definitely cannot allow him the freedom and the space, especially in the final third,” he continued.

“But it is not only him [Dolly], the movement of their front three is very good, you know they have got good quality midfielders, and defensively they are solid.

“These are signs of a team that is well coached and it is starting to show at Chiefs. There are a number of players we have got to be aware of, but yes, Keagan does pose a big threat for us.”

“Besides that, all the players who have been playing consistently for the squad are fit and available, and everyone is really looking forward to the match.”