Sundowns looking 'forward rather than backwards' 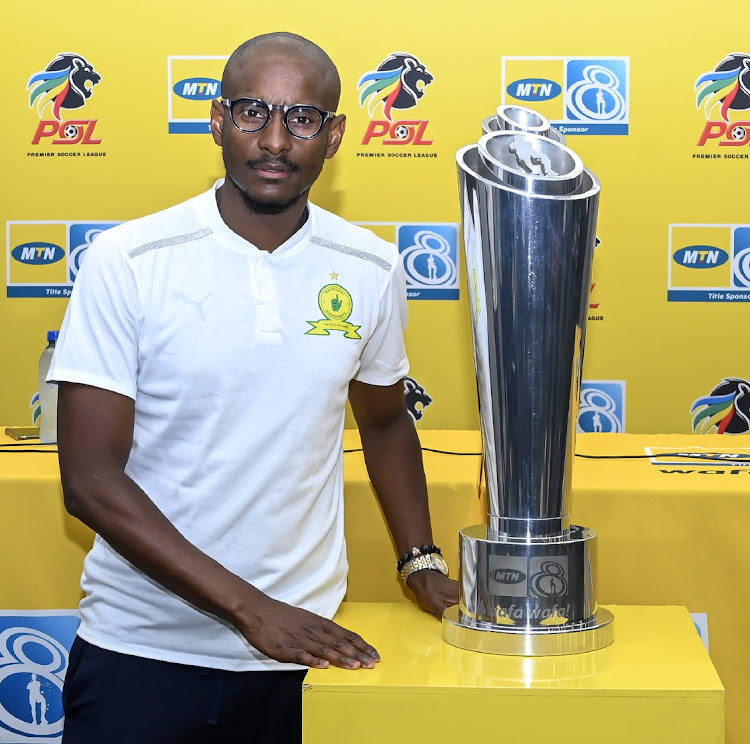 Mamelodi Sundowns co-coach Rulani Mokwena is turning a blind eye to their rather dreary history in the MTN8.

Mokwena’s charges trade blows with Cape Town City in the MTN8 decider at Durban’s Moses Mabhida Stadium tomorrow at 6pm. The Brazilians have never been the top-eight champions since their 2007/08 season’s SAA Supa 8 triumph, making it the only trophy that has eluded them in their recent era of total dominance. This competition was renamed the MTN8 after the telecommunications giant took over as sponsors from SAA in 2008.

“We’re motivated by the goals and the ambitions of the club. We’re not necessarily motivated by the negativity around the fact that we haven’t won this trophy [since MTN rebranding], so we’re moving in that direction because we’re people who look forward rather than backwards,” said Mokwena yesterday in the last media conference before the game in Durban.

“God has given us an opportunity to try again. It’s for us to be able to pitch with our A-game and [we must] arrive in the right sense of space to play the game, not the occasion. That’s what inspires us. We’re looking forward to it. We’re enthusiastic. We’ve prepared well and we are good to go.”

The Sundowns mentor is also excited that they’ll be playing in front of some spectators. On Wednesday, the Premier Soccer League confirmed that 2,000 Covid-19 vaccinated people will be allowed into the stadium.

“This is a chance to deliver some silverware and it’s also a chance to tick off an objective on the bucket list. It’s an opportunity to enjoy ourselves as well and be part of a spectacle that’s historic from the sense of being one of the first games in SA from a domestic perspective to have 2,000 fans [since March last year].”

Mokwena also confirmed Mothobi Mvala and Rushine de Reuck are back in contention for selection after missing the side's 2-0 win over Congolese side Maniema Union in the CAF Champions League second preliminary round at home last Sunday. The pair had sustained injuries on Bafana Bafana duty.

Orlando Pirates and Royal AM played out to a largely uninspiring 1-1 DStv Premiership encounter at Orlando Stadium on Thursday night.
Sport
9 months ago

Outspoken Mamelodi Sundowns coach Rulani Mokwena has weighed in on the debate that accompanied  Quinton de Kock’s decision to make himself ...
Sport
9 months ago

'Percy knows I'm 150% behind him,' Mokwena says after Tau announced himself with a brace at Al Ahly

Mamelodi Sundowns co-head coach Rulani Mokwena has congratulated Bafana Bafana striker Percy Tau for opening his account with a brace in the Egyptian ...
Sport
9 months ago

Sekhukhune United midfield strongman Willard Katsande has opened up on his burning desire to return to Naturena and coach Kaizer Chiefs.
Sport
9 months ago
Next Article