Ambitious City have even loftier goals 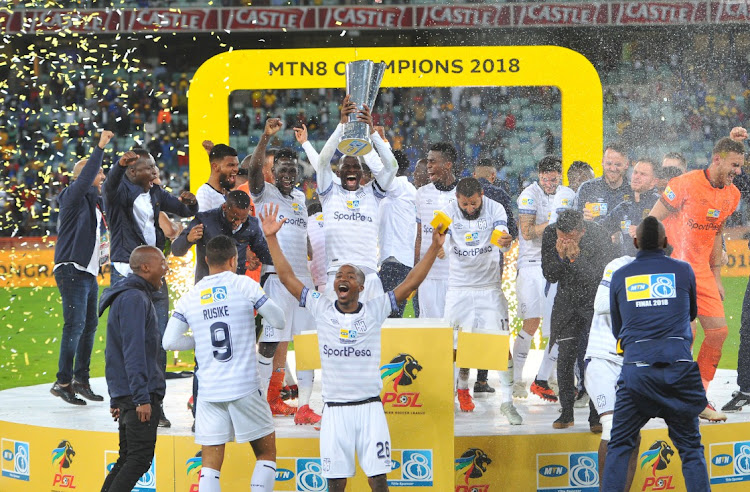 In an era where reaching a cup final is seen as a genuine achievement by some teams, Cape Town City sure have higher standards.

The club, who’ve been in existence for a mere five years, are competing in their fourth cup final tomorrow, when they take on Mamelodi Sundowns for the MTN8 championship, but owner John Comitis reckons they are only starting to lay a platform for something bigger.

He has lofty ambitions, Comitis, such as one day seeing the team annex the league championship, and building their own stadium.

Having brought the club into reality after purchasing the status of Mpumalanga Black Aces in 2016, Comitis has seen his project take shape nicely, with City never finishing outside the top half of the league and, remarkably, winning two cups [the 2016 Telkom Knockout and 2018 MTN8]. Last season’s seventh position in the DStv Premiership was their lowest in their five-year existence.

“The main mission when we purchased Aces’ status and relocated to Cape Town was to bring a new dimension to the PSL,” Comitis explained.

“We wanted a team that would appeal to fans beyond what they see on the field. We’ve put a structure together and it’s taking time. We need a buy-in from everyone in the club to pull in the same direction, from our development to senior team. All departments must see the same vision so we can pull it off.”

Comitis’s ultimate dream is to see City own their own stadium, a model which has made some of Europe’s famous teams very successful, and establishing a firm fan base that can relate to the team. Last month, the club launched a membership card for supporters, which the City owner hopes will benefit fans beyond mere entry into their home games in future.

“We are engaging Cape corporates to assist us in making our fans benefit from taking up this membership, like when you go into a store, you flash this card and get a discount. Already we will offer such discounts for our merchandise and tickets,” he said.

Apart from showing a knack for staying competitive, City have also impressed with their recruitment policy, showing some shrewdness in the past years by getting big-name players like Kermit Erasmus and Ayanda Patosi – later selling them to balance the books – and the likes of Fagrie Lakay and Mduduzi Mdantsane.

“We always have to mix experience with youth, local players with foreign ones. It’s important to get the balance,” Comitis said. “We have a vast network of agents and people we communicate with. That’s why we are able to track a lot of SA players who are abroad. Our network unearths gems such as [Idumba] Fasika [from the Democratic Republic of the Congo], who I think could play for any European side.”

Of immediate importance, however, is tomorrow’s cup final in Durban. Comitis conceded Sundowns, unbeaten this season, are “overwhelming” favourites.

“All bookmakers have tipped them [Sundowns] to win, so the pressure is on them. Of course we respect them, as they are formidable but when we are at our best, we can beat anyone. Hopefully we will be at our best on Saturday.”

Will Fielies play Shalulile out of cup final battle?

Dlamini advises on how to score against Sundowns

Having been one of the few players to have found the back of the net against Mamelodi Sundowns this season, Golden Arrows striker Nqobeko Dlamini has ...
Sport
2 months ago

Mamelodi Sundowns may be overwhelming favourites heading into the MTN8 final against Cape Town City at Moses Mabhida Stadium tomorrow at 6pm, but ...
Sport
2 months ago
Next Article