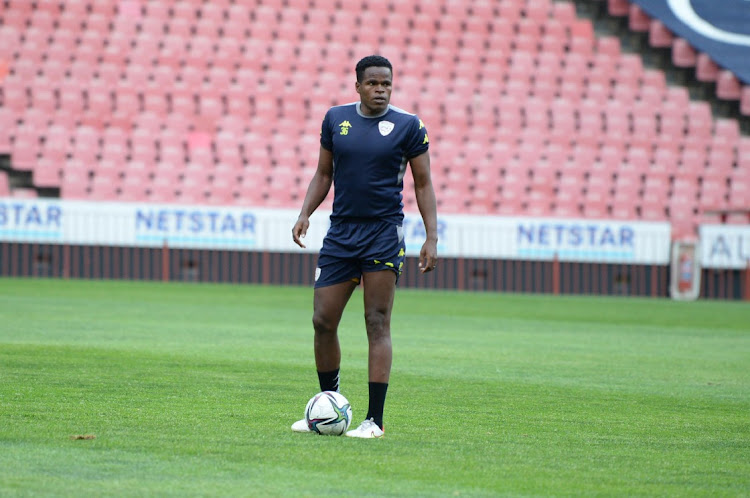 Sekhukhune United midfield strongman Willard Katsande has opened up on his burning desire to return to Naturena and coach his former club Kaizer Chiefs.

The former Zimbabwean international, who left Amakhosi in July after more than a decade at the club, is playing for Sekhukhune, where he is hoping to end his career in two years' time before turning his attention to coaching.

Katsande has played in four league matches for Sekhukhune this season and scored his first goal for the DStv Premiership newcomers during their 2-0 win over AmaZulu on Wednesday at Ellis Park.

“I need to go and give back to Kaizer Chiefs because where I am today, it is because of them,” said Katsande.

“Without football and Kaizer Chiefs, I would not be where I am today, and to be known by everybody in Africa and in Southern Africa. I will want to go back there and share my experience with the younger ones.

“I need to aim higher and when I go back there I want to go to the senior team because I know I can do it. It goes with the passion that I have for the game and coaching.”

Chiefs have former player Arthur Zwane and Dillon Sheppard working as assistants to head coach Stuart Baxter, and Katsande knows there is still a long way to go before his dream is realised.

“I can do the job of coaching but first I have a job here at Sekhukhune United for the next few years which has my full and undivided attention. I want to help this team to qualify for the MTN8 next season.

“When I am done with playing, I will turn my attention to coaching. I am going to need to take baby steps before I get there but I know that I am going to coach the club one day. I have developed a thick skin whereby I know how to handle criticism - criticism is my breakfast.”

Katsande’s surprise departure from Chiefs was met with contrasting reaction from fans,  but he holds no grudges.

“To say I was disappointed with the way I left the club would be selfish because this is life and it is a journey. This was my moment to go. I know that a lot of people were expecting me to still be there for another season and help to stabilise [the team], but I was grateful for the opportunity that I was given by the chairman [Kaizer Motaung].

“I arrived at the club as a nobody from Zimbabwe and left as a legend, because numbers don’t lie. I won’t say that I was disappointed because it's business, and I was there for 10 years, whereby I arrived as a boy and left as a matured father.

“I dealt with my departure in a mature way, but to say I was disappointed is not nice because there is also a kid who will get the opportunity to start his journey that will probably get to 10 years or even more.

“I am one of the elite guys who managed to get to 10 years at Chiefs where I contributed to the club. I left with the record of a foreigner with the most appearances and for me it is enough.

“Sometimes I bump into supporters or I see messages on social media where they are saying I must come back. I say to them that I am going to come back one day in a different role.

“I will be lying to say I don’t love Chiefs, let’s be honest. I spent lots of years there and the bond and connection that I have with the club is very strong, so I’ll be back, but in a coaching capacity.”