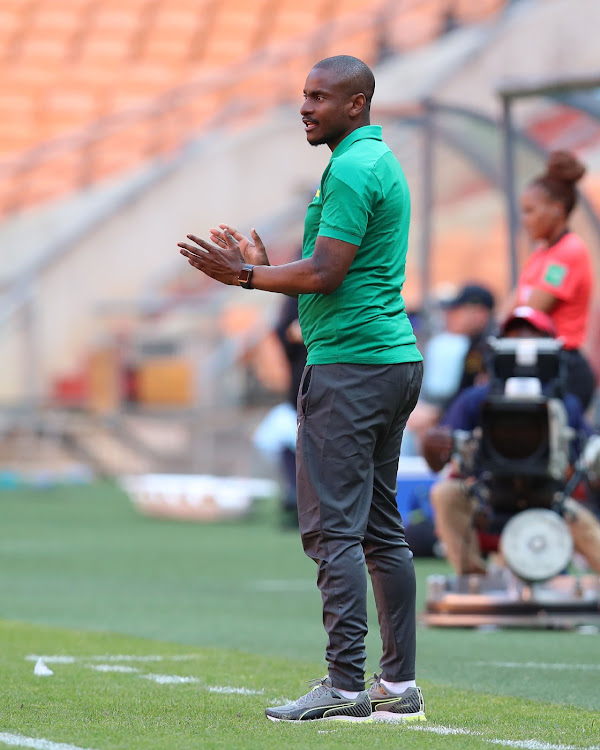 Mamelodi Sundowns co-coach Rulani Mokwena has urged his players to guard against anxiety when they take on Cape Town City during the MTN8 cup final at the Moses Mabhida Stadium in Durban on Saturday.

The Brazilians will be keen to finally lay their hands on a trophy that has eluded them since 2007 when they beat Orlando Pirates 1-0 while the tournament was still known as the SAA Supa8.

Faced with this tricky situation, Mokwena said they want to ensure that players go into the match well prepared. They are also hoping to draw from their cup final experience from the players and technical team.

“We are fortunate that we have personnel who have experience of having played in matches of consequences and understanding, so it is normal to be anxious when facing cup finals,” he said.

“In that space we have the support of the experience of the technical staff with cup finals for coach Steve Komphela, while he was at Kaizer Chiefs, and coach Manqoba Mngqithi, when he was at Golden Arrows.

“In fact, coach Manqoba won this tournament with Arrows. We have to support the players with regards to the preparation and I always say that proper preparation eliminates fear.

“When players go onto the pitch knowing exactly what they are going to face or they know the strong and weak points of the opposition and the individual players they are up against, they are confident.

“Knowing the weaknesses of the individuals is also important and having the information of what we need to do to win matches comes from the extensive work done by our analysts.”

City coach Eric Tinkler admitted that there are going to be butterflies for some of his inexperienced players.

“In the final you know there are going to be butterflies and my job as a coach is to try to avoid the stress that people are going to go through. We will try to make it less stress and more of an enjoyable experience.

“We will try to make training sessions enjoyable this week and we don’t do too much video that we would normally do. Obviously there are other aspects that we are going to do, like looking for motivational videos that we might show them and that type of thing leading up to the final.”