Sundowns Ladies aim for a treble on CAF mission

'We have to reward the management team by winning the trophy' 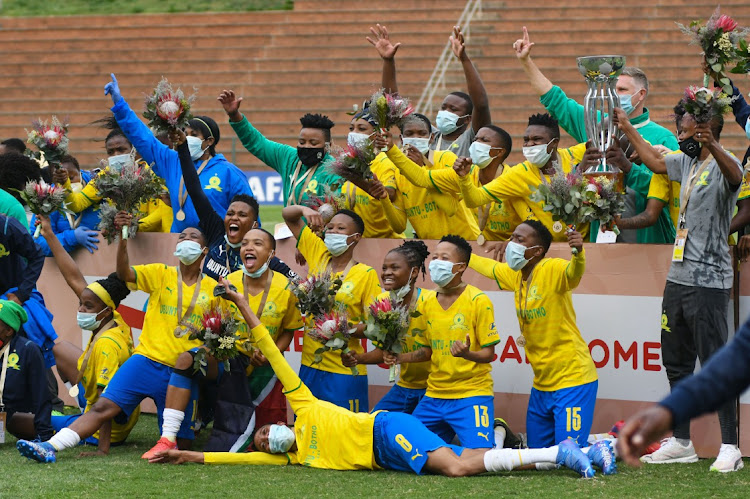 Mamelodi Sundowns Ladies are confident of adding another trophy in the cabinet when they play in the CAF Champions League.
Image: Darren Stewart

Mamelodi Sundowns Ladies are on a mission to win the inaugural CAF Champions League trophy taking place in Cairo from November 5-19.

Sundowns won the Cosafa Champions League qualifiers in Durban last month to qualify for the eight-team tournament in Egypt.

They are in Group B with Vihiga Queens (Kenya), AS FAR (Morocco) and River Queens (Nigeria).

At home, they are invincible after losing only one game in 2018 and have gone nearly 50 matches without tasting defeat.

Tshabalala said they did their homework on the opposition in their group and know what to expect from them in Cairo.

He said the surprise package could be AS FAR as he described River Queens of Nigeria as the favourites to win the tournament.

Nhlapho said they want to finish the year on a high note by winning the triple by adding the continental title.

“We want to go to Egypt and come back with the trophy. We have enough experience in the squad to win this trophy. It is going to help the team a lot. We know as a team what to expect in Egypt. We want to win the title.”

Banyana Banyana coach Desiree Ellis is not pleased with her side's performance despite the 6-0 victory over Mozambique at FNB Stadium yesterday.
Sport
6 months ago

Stellenbosch could go second on the log if they defeat strugglers Marumo Gallants in their DStv Premiership encounter at the Danie Craven Stadium ...
Sport
6 months ago

Talented Sekhukhune United shot-stopper Toaster Nsabata has disclosed his rather funny first name has never ceased to subject him to mockery. ...
Sport
6 months ago

With Bruce Bvuma currently not playing at Kaizer Chiefs, Oscarine Masuluke looks set for a spot in Bafana Bafana's squad for the upcoming 2022 Fifa ...
Sport
6 months ago
Next Article