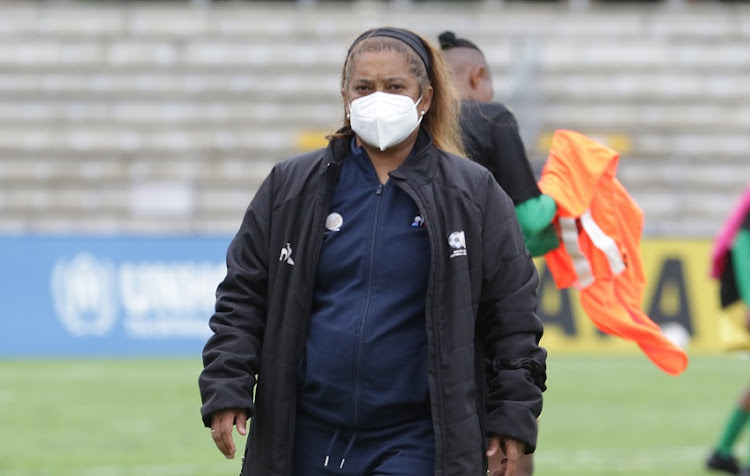 Banyana Banyana coach Desiree Ellis says she is still not completely satisfied with her side’s performance despite thumping Mozambique convincingly in a ruthless display of finishing in a one-sided Africa Women Cup of Nations qualifier.

Ellis' charges put 13 goals past the hapless Mozambicans over two legs after winning the first game 7-0 away from home in Maputo, and the return match 6-0 at FNB Stadium on Tuesday.

After Tuesday’s exceptional performance, Ellis remains adamant that Banyana should have scored more goals and wasted plenty of opportunities.

“I think we played much better in Mozambique, our movement of the ball in the first half was static,” she said. “Once again we created a lot of opportunities but we were not clinical in front of goals.

“Look, we were not happy with our rotation of the ball. It was really slow and we started playing the long balls.

“Our movement was a bit slow up front. The goals that we scored came from our passing and our movement off the ball, and we wanted more of that, but we just couldn’t get going.

“The second half, we couldn’t get going but we won the game and we moved to the second round, but we have to keep improving.”

Ellis says some players did not come to the party and provide the much-needed support in the second half.

“I thought our positioning in the box was not great,” she said.

“When the player came running through with the ball, no-one was giving support from behind, so we tried to work on that in the second half and it looked a bit better.

“We also wanted the centre-backs to get involved in the game because they were sitting very deep, so we wanted them to start the play, then we created more opportunities in the second half.”

Ellis’ side have now edged closer to qualifying for the Awcon as they advance to the second round.

Should they win their two-legged second-round tie, they will qualify for the Awcon in Morocco in July 2022.