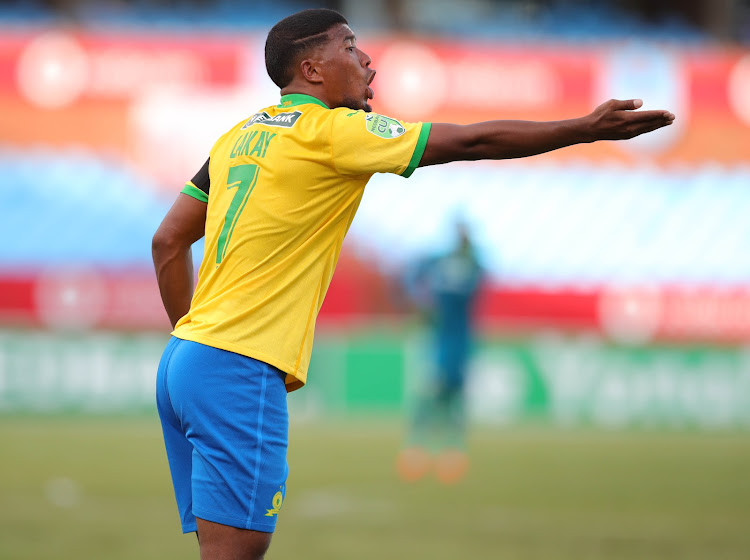 South African football is floating on a purple cloud of continental success after two domestic sides cruised into the all-important  group stages of the Caf Champions League in swashbuckling fashion at the weekend.

A clinical Mamelodi Sundowns lived up to expectations as they comfortably dispatched Congolese side AS Maniema Union 2-0 at Loftus stadium in Pretoria  to advance to the group stages courtesy of a 4-2 win on aggregate on Sunday afternoon.

It was always going to take something special for Maniema to stop the 2016 Champions League winners from progressing to the next phase of the continental showpiece as the Democratic Republic of Congo side started Sunday's return leg of this second match on the back foot after conceding two away goals in the 2-2 draw at home in the central African country a week ago.

While more goals were expected in the nation's capital on Sunday, Lyle Lakay's well executed free kick from outside the area in the 20th minute and Namibian marksman Peter Shalulile's toe-poke from close range in the 52nd minute more than made up for the avalanche that never came.

The first goal came after Sundowns  won the free kick after Maniema captain Mbiyeye Bisamuna turned his back on the ball as Rivaldo Coetzee fired a shot from outside the area, and referee Amin Mohamed Omar ruled that the ball had struck his hand.

Lakay teed up his shot and delivered a crisp, curling, deceptive and snaking shot that dipped and bobbed before sneaking past bemused Maniema goalkeeper Jackson Lunanga Kialema.

It was a thing of beauty that will play on Lakay's mind a million times in the coming days, while Kialema, on the other hand, will do well to avoid the wonders of YouTube if he is to put the reminder behind him.

Sundowns increased their stranglehold on proceedings as the game progressed and the visitors will have been happy that they were only a goal down at the half time break.

The Brazilians resumed the second period with the pressure firmly on the Congolese side and it was only a matter of time before they were able to find a path past a nervous Kialema.

The breakthrough finally came when Lakay delivered yet another curling free kick that somehow slipped through Kialema's hands and spilled onto the path of a lurking Shalulile, and the deadly Namibian made no mistake and beat the hapless Maniema goalkeeper from close range.

Shalulile's strike effectively killed off the match as a contest and the visitors would have needed to produce one of the great comebacks of world football to overturn the mammoth deficit.

Sundowns joined AmaZulu, who defied the odds to beat pedigreed Congolese side TP Mazembe who have been African champions five times, on Saturday to advance to the group stages.