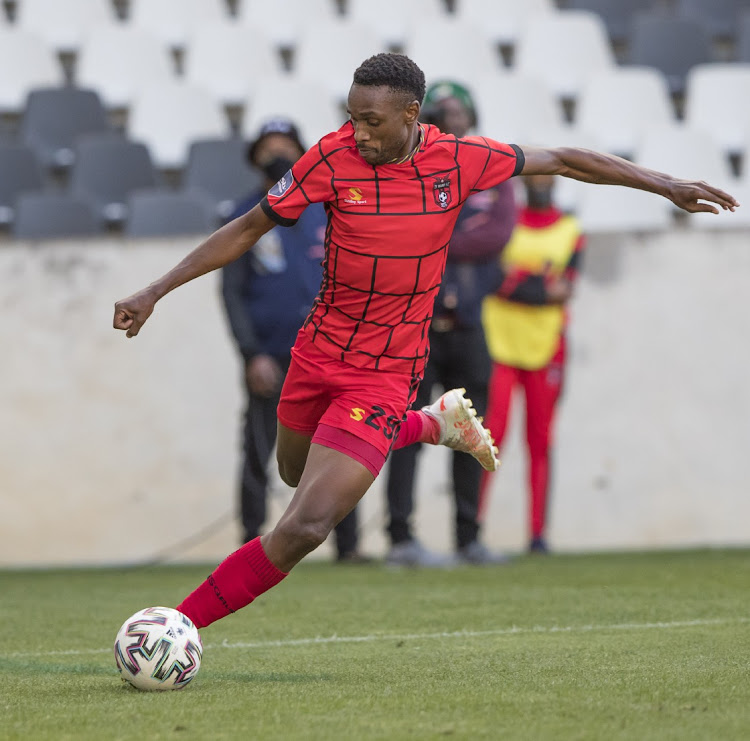 TS Galaxy captain Mxolisi Macuphu has made a surprising revelation about the appointment of Sead Ramovic as their coach.

Ramovic was confirmed as Galaxy’s coach early this month, replacing Owen Da Gama, who’d failed to register a win in the side’s first six league game with four defeats and two draws. Ramovic, 42, lost 0-1 to AmaZulu in his maiden game in charge midweek.

Yesterday, Macuphu disclosed, on the spur of the moment, that Ramovic had always been on standby to be in charge, believing the German is capable of helping the club move away from the bottom of the table. The Galaxy striker’s divulgence suggests Da Gama was unsafe as far back as the end of last season.

“The coach [Ramovic] has been involved… as much as he’s been given the role now; he’s watched our games before. From last season we already knew about him that he might come this season,'' Macuphu disclosed.

“So, it’s a plus that he knows us as players. He knows what Galaxy is about. I believe having him around will also motivate us as players to work even harder so that we move from the relegation zone.’’

The Rockets face an indifferent Maritzburg United outfit at Harry Gwala Stadium tomorrow (3.30pm). Quizzed where they’ve been getting it wrong, Macuphu reiterated they should shoulder the blame collectively without pointing fingers.

“Football is a team sport. We all should take responsibility for not winning games. We have been conceding a lot of goals [12, more than any side in the league so far] but that doesn’t mean our defenders must be blamed because even us as strikers we haven’t scored goals the way we should be [they’ve netted four],’’ Macuphu insisted.

Meanwhile, Maritzburg mentor Ernst Middendorp urged his troops to display the same spirit they showed when they managed to hold Orlando Pirates to a goalless draw despite being a man down on Wednesday, when they host the Rockets.

“We showed character against Pirates with one player down [after Brandon Theron was red-carded in the 67th minute] we still manage to play well. I want that spirit to continue going forward,’’ noted Middendorp.

TS Galaxy coach Sead Ramovic has lauded the character of his players despite the 1-0 defeat to AmaZulu in the DStv Premiership match at Mbombela ...
Sport
7 months ago

Kaizer Chiefs defender Thabani Dube says the recent snub by Bafana Bafana coach Hugo Broos has motivated him to work even harder to return to the ...
Sport
7 months ago

It will be a classic case of the apprentice against the former master when Kaitano Tembo comes face to face with Stuart Baxter during their DStv ...
Sport
7 months ago

Safa responds to Sundowns coach Mokwena: 'It is demeaning and also defamation of character'