Defeat could be final straw for Hunt or Truter 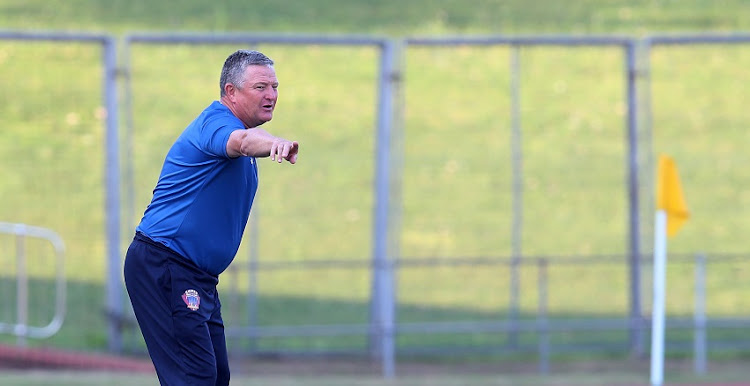 With Gavin Hunt and Brandon Truter under pressure, one of the two could find himself unemployed should they lose when Chippa United and Swallows meet in the DStv Premiership match at Sisa Dukashe Stadium on Sunday at 3.30pm.

Both coaches are on the verge of being fired and a win could save their job as results prove hard to come by this season.

Truter has just returned from his two-week suspension, but Swallows made it clear to him that if results don’t improve they will have no choice but to make changes to the technical team.

In his first match after returning, Swallows played to a 1-1 draw against Stellenbosch last Sunday at home and a better result this time will ease the pressure a bit.

Hunt, on the other side, may have received backing from trigger-happy chairperson Siviwe Mpengesi, but a 4-0 thumping by Kaizer Chiefs last weekend may have given him other ideas, especially if Hunt loses again.

Usually, Mpengesi would have fired a coach by this time, with the Chilli Boys 14th on the log standings with five points from seven matches.

Asked if he thinks he will continue to enjoy the support of the club chair since results are not coming, Hunt refused to comment and is probably aware that another bad result on Sunday could see the end of him.

Swallows are in 13th place with six points from the same number of games, but Truter believes they are slowly improving.

“Luckily now we have some flexibility in our playing style, in terms of what we use on the day and what opponent we are facing,” Truter told the club's media department.

This season, Josef Zinnbauer, Owen da Gama and Sebastien Migne have already left their jobs in the Premiership.

Brandon Truter’s head is not far from the guillotine as results continue to elude him but the embattled Swallows coach is confident there is hope for ...
Sport
8 months ago

Hunt asks for more time to get house in order

Embattled Chippa United coach Gavin Hunt is pleading for more time to get it right at the Eastern Cape-based outfit.
Sport
8 months ago

It will be a classic case of the apprentice against the former master when Kaitano Tembo comes face to face with Stuart Baxter during their DStv ...
Sport
8 months ago

Kaizer Chiefs defender Thabani Dube says the recent snub by Bafana Bafana coach Hugo Broos has motivated him to work even harder to return to the ...
Sport
8 months ago
Next Article