'We were unable to unlock their defence line' 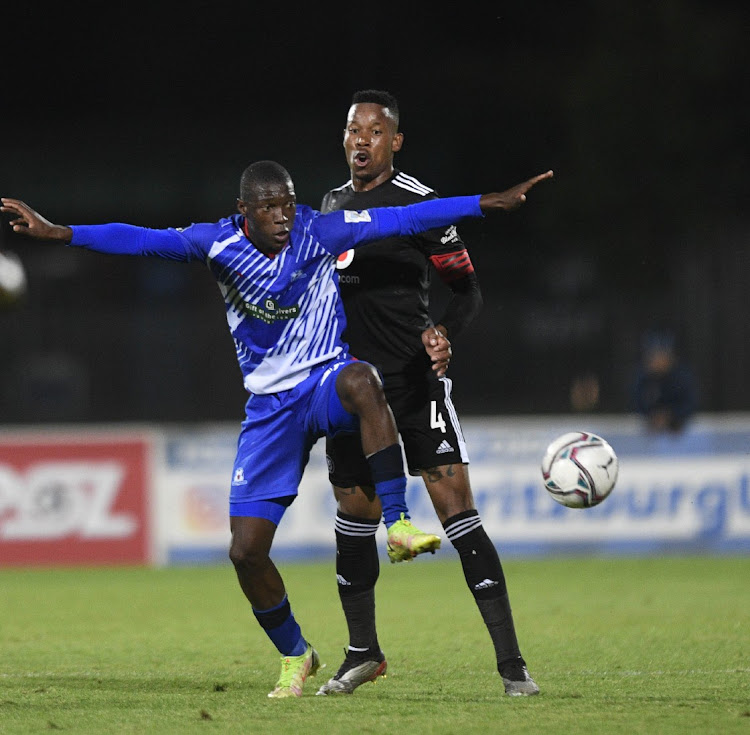 As pressure gradually piles on him and his co-coach Mandla Ncikazi at Orlando Pirates, Fadlu Davids couldn’t hide his frustration that they failed to beat 10-man Maritzburg United away on Wednesday.

The stalemate at Sugar Ray Xulu, where Maritzburg’s Brandon Theron was red-carded midway through the second half for a nasty challenge on Thabang Monare, left Pirates winless in their last four games, with three draws and a defeat.

“It’s more of two points lost than one point gained. [It’s a] really disappointing result. Not able to unlock the team [that is a man down] is disappointing. Yes, you can give them credit for having defended really well but of course it was up to us to unlock their defence,’’ Davids said.

The Pirates co-coach candidly suggested they exhausted all their options in trying to break down the Team of Choice’s rearguard but still failed to find ways to score.

“The most disappointing part is that we were unable to unlock their defence line. We tried to go wide with extreme width, tried to play through the centre, having two strikers upfront, two target men [in Tshegofatso Mabasa and second-half substitute Kwame Peprah] but we weren’t able to find the key [to unlock them],’’ David added.

Pirates now have to swiftly forget about the disappointment they incurred in Pietermaritzburg and focus on turning it around when they host Congolese (Brazzaville) side Diables Noirs in the second leg of the CAF Confederation Cup second preliminary round at Orlando Stadium on Sunday (5.30pm).

The away leg finished goalless, meaning the Sea Robbers need goals and tidy defending if they’re too secure a berth in the competition’s play-off round, where winners will advance to group stages.

Meanwhile, Marumo Gallants will advance to the next round of the Confed Cup if they manage to avoid a defeat in their second leg of the second preliminary round against another Congolese (Kinshasa) outfit AS Vita Club away today (4pm SA time).

The Limpopo club won 2-1 at home in the first leg last Friday.

Orlando Pirates’ winless run stretched to four games across all competitions after playing out to a goalless draw against 10-man Maritzburg United at ...
Sport
2 months ago

Orlando Pirates' senior official Floyd Mbele has confirmed there will be no spectators when they face CSMD Diables Noirs from the Congo in a ...
Sport
3 months ago

Kaizer Chiefs defender Thabani Dube says the recent snub by Bafana Bafana coach Hugo Broos has motivated him to work even harder to return to the ...
Sport
2 months ago
Next Article