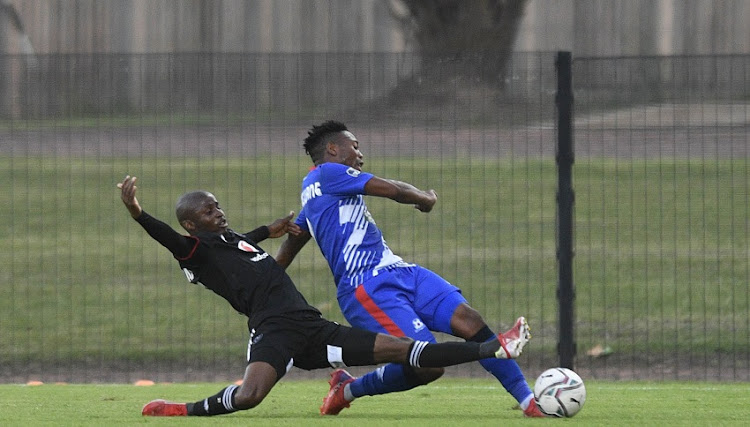 Fadlu Davids believes Orlando Pirates lost two valuable points at the Harry Gwala Stadium after the Bucs could only manage a goalless draw against Maritzburg United in a league match they dominated for long periods in Pietermaritzburg on Wednesday night.

Davids' disappointment is understandable as Pirates are now nine points behind DStv Premiership log leaders Mamelodi Sundowns, who registered their sixth victory in seven matches after a 1-0 away win to Lamontville Golden Arrows to go four points clear at the top.

“I think it’s more two points lost than one point gained,” Davids said of the result against his former employers.

“It’s a really disappointing result not being able to unlock Maritzburg. Yes, you can give them credit on one hand for having defended really well, but of course it’s on us to be unlocking their defence.

“We were unable to do that, especially in the first half where we created opportunities to score and open up the game.

With Sundowns widening their lead and the games coming thick and fast, Davids said it was important for the Bucs to start collecting maximum points if they are to stay in the title race.

“We definitely look at our position and our performances. We look whether we’re still in the right process, are still moving in the direction that we want to.

“Each game is there for us to collect three points and that’s what we need to do.”

Pirates had the numerical advantage when Maritzburg were reduced to 10-man after Brandon Theron was shown a red card with less than 30 minutes remaining on the clock.

Davids credited Maritzburg for their resolute defending after the setback, especially when they were a man down.

“I don’t think Maritzburg’s approach changed after getting the red card. They just didn’t have players to be able to transition forward. They didn’t have the same numbers and had nine players behind the ball.

“The red card didn’t change the game much but of course their transition threat was not there, and we were able to put more numbers forward. But still, it was really difficult and that’s the disappointing part [after] we were unable to unlock their defence line.

“We tried to go wide with extreme width, trying to play through the centre and two strikers, but we were really unable to find the key.”