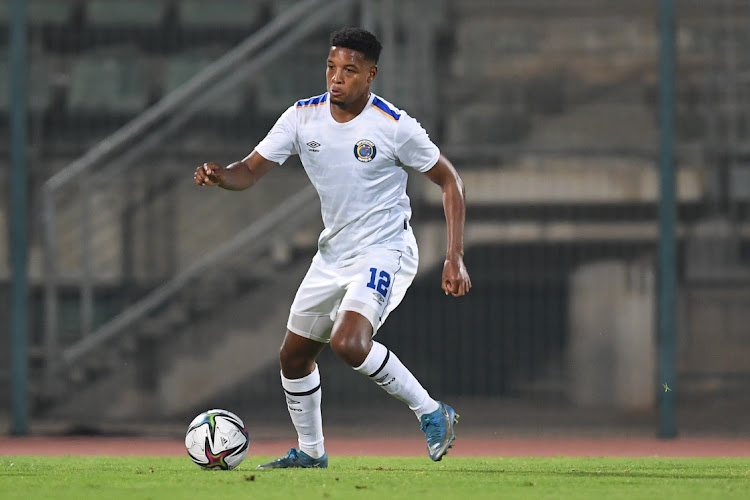 SuperSport United coach Kaitano Tembo is reaping the rewards of putting his trust in the youngsters.

The three-time league champions made an impressive start to their 2021-22 Premiership season and are second on the log with 12 points from six matches.

The Tshwane giants will play host to Baroka at the Lucas Moripe Stadium in Atteridgeville on Saturday at 5pm. Young players Jesse Donn, 22, Thatayaone Ditlhokwe, 23, Luke Fleurs, 21, and Jamie Webber, 23, to mention a few, are repaying the faith Tembo has showed in them.

Added advantage for Tembo on the youth front is that two of his senior players, Teboho Mokoena and Sipho Mbule, are aged just 24 and 23 respectively.

Mkhwanazi is the only new signing, as Tembo kept the same squad that secured sixth place last season.

“I took a gamble last season and threw the young players in the deep end. They committed mistakes, and this season they are showing signs of improvement.

"Yes, I am reaping the rewards of believing in the youngsters. The great start to the season does not come as a surprise to me. It is the result of hard work. The centre-back pairing of Ditlhokwe and Donn was full of mistakes last season, but they have learned from that... we conceded two goals in two games,” Tembo told Sowetan yesterday.

So excellent is Tembo's squad that six of Matsatsantsa-a-Pitori had been on two-week duty until yesterday when SA met Ethiopia for their fourth 2022 World Cup qualifying match.

He hoped that the two-week break would not affect their momentum when the league campaign resumes at the weekend.

“The break can work for and against us. You never know. We have improved as a squad a little bit. I am hoping for consistency. The wheels came off in the second half of last season, and we started dropping points, we have to guard against inconsistency.

"We are building a team around the young players bit-by-bit. The preparations are going well for our next game against Baroka. We are eyeing the three points,” added Tembo.

The spotlight will be on Mamelodi Sundowns at the weekend as they embark on their quest to reclaim the CAF Champions League title.
Sport
4 days ago

It is a new DStv Premiership season, but the same results for Mamelodi Sundowns danger man Peter Shalulile.
Sport
4 days ago

While it was a joy for some supporters as they made their way to FNB Stadium to watch Bafana Bafana beat Ethiopia 1-0 on Tuesday in the Fifa World ...
Sport
4 days ago

Bafana Bafana coach Hugo Broos wants to use the next three weeks before the last Fifa World Cup qualifiers against Zimbabwe and Ghana in November to ...
Sport
4 days ago
Next Article