'They are attacking players and must start scoring more often' 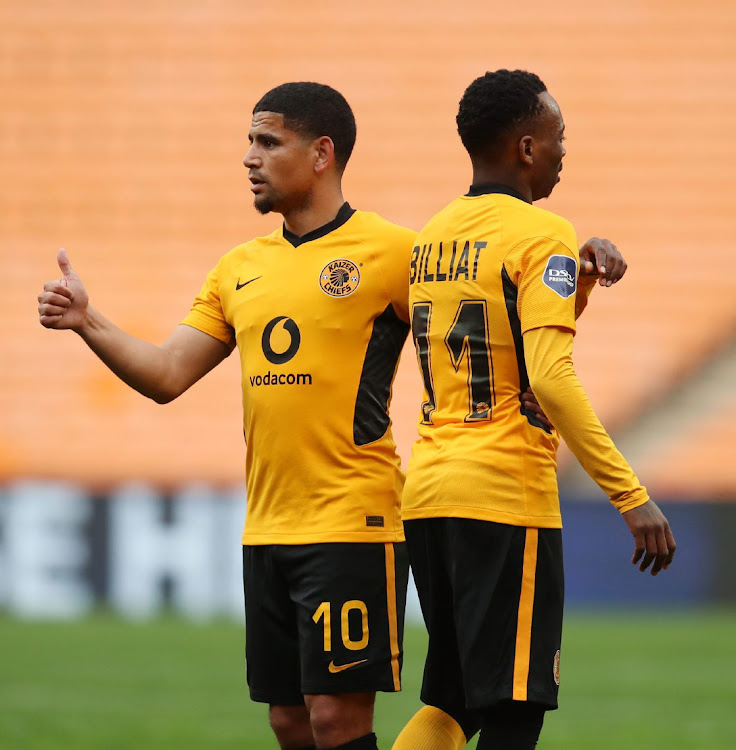 Despite Samir Nurkovic and Leonardo Castro being out with injuries, Kaizer Chiefs ex-player Pollen Ndlanya doesn't see it as a crisis.

Chiefs are without a striker with the two still sidelined and have not signed any during the transfer window period.

Ndlanya urged Khama Billiat and Keagan Dolly to take charge and start scoring goals for Amakhosi in the absence of Castro and Nurkovic.

“Look, I won’t say it is a crisis at such, I think it is a blessing in disguise that those players are injured, so they don’t rely on Castro and Nurkovic for goals,” Ndlanya told Sowetan.

“Players like Billiat and Dolly must come out and start scoring goals for the team now that those players are not there.

“They are attacking players and must start scoring more often. The team cannot struggle to score goals while they have players like Billiat and Dolly, actually not only them. A player like Phathutshedzo Nange is also capable of scoring goals and he must start doing that. They have players who can score a goal in the team and need to come out now.”

Royal Am striker Victor Letsoalo is one of the strikers Chiefs should have signed to add depth in their striking department.

But they failed to do so and Letsoalo came back to haunt them when he scored a brace in Chiefs 1-4 defeat in the DStv Premiership match last month.

Luis Misquissone was also on their radar before he joined Al Ahly recently and now Chiefs face a reality of continuing to play without a striker in few matches to come.

“I don’t want to judge players, but some may be good in other teams and when they come to Chiefs, which is a big club, they start to struggle,” Ndlanya said.

“Letsoalo is a good player, maybe he would have succeeded at Chiefs. But as I said, players who are currently here need to start helping the team by finding the back of the net.

“This happens all over the world where players get injured and others step up the plate.”

Chiefs are sitting 12th on the log standings with a single victory in six matches, but Ndlanya backs them to change their fortunes around.

“I don’t think they are struggling because the strikers are out. I think the confidence at the moment is low since they are not getting results.

“We’ve seen they can’t make a few passes together in matches, but I believe they will get it right soon,” Ndlanya said.

TS Galaxy marksman Augustine Kwem hopes the Mpumalanga side will turn the corner when they host the unpredictable AmaZulu in a DStv Premiership ...
Sport
6 days ago

Although the club refuses to call it a crisis, the firing of head coach Sebastien Migné tells a different story.
Sport
1 week ago
Next Article