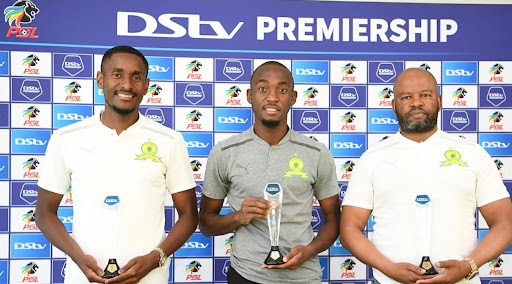 Mamelodi Sundowns travel to the Democratic Republic of the Congo this weekend to face AS Maniema Union as the Caf Champions League moves to the second preliminary round stages before the group stages.

The 2016 champions face a daunting trip to the central African country for a confrontation with Union in the first-leg match to be played on Sunday in Kindu.

It is a logistical nightmare for any southern African team, but Sundowns co-coach Rulani Mokwena said the club has specialists who make their lives as coaches a little bit easier in their Champions League assignments.

“Of course we have Goolam Valodia, who leads the travelling party in relation to being the advanced group, him and Khalid Ali specialise in that African sojourn for us,” said Mokwena during a virtual media briefing on Wednesday where Sundowns cleaned up at the League's monthly awards‚ winning the coach and player prizes for August and September.

Red-hot Namibian striker Peter Shalulile walked away with the player of the month award, while Mokwena and his co-coach Manqoba Mnqgithi were crowned the DStv Premiership coaches of the months under consideration.

Valodia serves as a performance analyst, whose main duties are to travel the continent to profile Sundowns' opponents.

Sundowns will host the Congolese side in Tshwane when the second-leg matches take place on the weekend of October 22 to 24, with the aggregate winners qualifying for the lucrative group stages, while aggregate losers will move to the Caf Confederation Cup in the additional second preliminary round.

Sundowns have played in the Congo before and had relative successes against one-time winners AS Vita in Kinshasa and Lubumbashi-based five-time champions TP Mazembe.

“It is a country that we have experience of going to, even though it is a different city this time,” said Mokwena.

Mokwena said Valodia and Ali have loaded the Sundowns technical team with relevant information on what they can expect to and from Kindu.

But the Pretoria-based side have not been to Kindu before, an isolated central-eastern town which is more than 300km in all directions from the nearest major city.

“We would normally travel three or four days before the match but this time we will leave a little bit closer to the match because of some of the situations we know we will face in relation to a lack of proper training facilities.

Valodia and Ali would have told the Sundowns technical team that the flight time between the capital Kinshasa and Kindu is about two hours and covers a distance of about 1,173km.

Union played in the first preliminary rounds where Sundowns had a bye and Mokwena said their experts have already profiled their opponent's recent matches.

“We have already started working on the opposition and we know that they play a 4-3-2-1.

“We know the profile of the opponent in the first leg and the personality they have, which they had particularly in the second leg of the qualifiers, which is the round before this one.

“In both matches the system was more or less the same and maybe, in certain moments, posing different problems with regards to how they attack.

“They are direct with very aggressive wing play and overlapping movements of the full backs. They have very quick strikers.

“The work has been done on them and we have got to be wary on the transitions and their set pieces.

“But we still have a couple more days to work on some of these strategies and schemes and make sure that we are as prepared as possible.”

Sundowns are expected to fly out on Friday or Saturday.