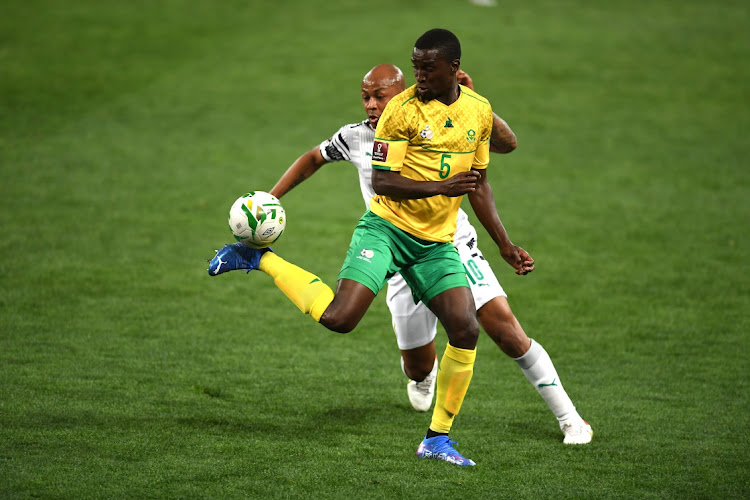 Bafana Bafana defender Siyanda Xulu has warned his teammates to guard against complacency when they face Ethiopia in the back-to-back 2022 Qatar Fifa World Cup qualifiers or risk seeing a great start to the qualifiers disintegrate once again.

Bafana, who are top of Group G with four points from two matches, will travel to Ethiopia today for their fixture at Bahir Dar Stadium on Saturday at 3pm.

However, Israel-based Xulu is worried that his side may be complacent after their 1-0 victory over Ghana in the previous match and urged them not to take Ethiopia lightly.

“We don’t want to be complacent. We know very well that we were able to perform the way we did because of the preparations and the respect we gave Ghana,” Xulu told the media.

“I think two or three players, if I’m not mistaken and they are doing fairly well. That’s why I’m persistent on us [not] being complacent that we are playing Ethiopia and the fact that we’ve beaten Ghana now we think we have reached whatever we want.

“We are not even nearly there. We have another four games to play. We currently played two and it doesn’t mean anything for now.”

The 29-year-old feels it may prove difficult to get six points against the Ethiopians in the back-to-back qualifiers, a target set by coach Hugo Broos.

“It is always difficult, especially the first encounter when we are playing them away. They are not even far from us when it comes to rankings,” Xulu said.

“So we can never be complacent and say we are going to have a walk in the park. It can never be. It is a World Cup qualifier, it is always difficult.

“First of all we just have to look forward to the first encounter, which is away and for us is just about getting the results.

“The fact that Ethiopia is sharing points with Ghana shows that it is never easy. I’m going to be persistent that it will never be easy.”

Match officials Jelly Chavani and Moeketsi Molelekoa  have been suspended after  awarding a controversial penalty to Kaizer Chiefs in the last ...
Sport
3 weeks ago

The Premier Soccer League (PSL) have strongly shot down widespread suggestions in the public domain that fans could be allowed back into stadiums ...
Sport
3 weeks ago

'Those are matches that can be decisive,' says Bafana coach Broos ahead of clashes against Ethiopia

Hugo Broos has reminded Bafana Bafana that match-day three and four are critical stages of any qualifying campaign and that it is at this juncture ...
Sport
3 weeks ago

Former Bafana Bafana captain Thulani "Tyson" Hlatshwayo has gracefully accepted his continued exclusion from the national team and believes that ...
Sport
3 weeks ago
Next Article