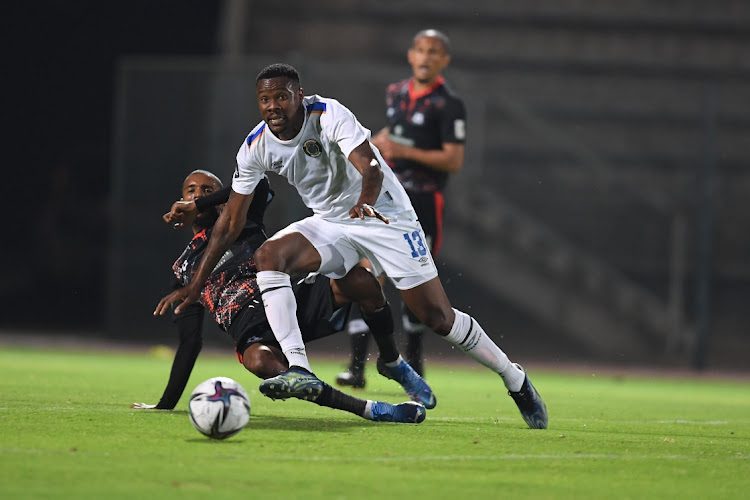 SuperSport United captain Ronwen Williams has shared the conversation he had with Thamsanqa Gabuza at the beginning of the season and how it has helped the striker to get back to form.

Williams advised Gabuza to take charge this season and be a bit selfish in front of goal, and he is pleased that it has been working.

Gabuza, 34, has started the new season in impressive form with three goals in six matches, firing Matsatsantsa a Pitori into second place behind Mamelodi Sundowns in the DStv Premiership.

“You know I had a chat with Gabuza at the beginning of the season and I told him he is such a nice guy and he wants Bradley [Grobler] to do well. So I told him this is the season where you become selfish, where you take charge, where you are the standout player. Last year you did it for Bradley now it is the time that you stand up,” Williams told the media.

“I’m happy that he is taking charge because he deserves it. He works hard and he is such a wonderful guy to have around the team and I’m just glad that he is scoring goals.”

Williams added that Gabuza's confidence was low, but they managed to help him regain it.

“Just thinking where he comes from, I mean the guy couldn’t look anyone in the face and now he is trending for his dance moves and all the goals that he scoring,” Williams said.

“So yeah, I’m just happy that us as a club have helped him to get him back on track. So we just want to keep on going like that.”

“Wonderful players, young players and I see them from behind and the work that they have put in and they have been with us for the past three years.”

Thabiso Kutumela has been cleared to travel with Bafana Bafana to Ethiopia today for their 2022 Qatar Fifa World Cup qualifier at Bahir Dar Stadium ...
Sport
2 weeks ago

Bafana Bafana defender Siyanda Xulu has warned his teammates to guard against complacency when they face Ethiopia in the back-to-back 2022 Qatar Fifa ...
Sport
2 weeks ago

Match officials Jelly Chavani and Moeketsi Molelekoa  have been suspended after  awarding a controversial penalty to Kaizer Chiefs in the last ...
Sport
2 weeks ago

South Africa’s U20 Women’s National team was dealt a blow ahead of the second leg of the 2022 Fifa U20 Women’s World Cup match against Mozambique at ...
Sport
2 weeks ago
Next Article