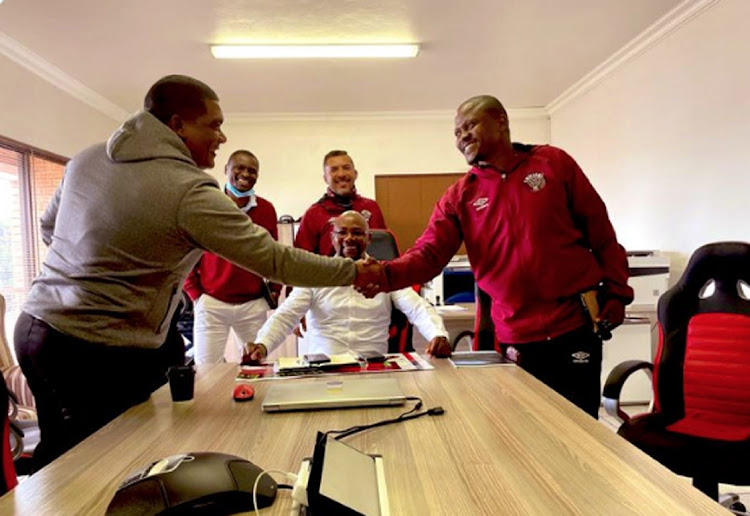 Brandon Truter may have returned from “special leave” but his future at the club will be determined by results.

This is the warning from club chairperson David Mogashoa that if the recent poor run continues, they will be forced to make drastic changes.

Swallows are currently going through a bad slump, having won once in the DStv Premiership in six matches and currently sitting 14th on the log table with five points, one goal scored and seven conceded.

Truter was put on leave for the last two weeks and missed the club’s three matches with assistant coach Simo Dladla in charge, but things went from bad to worse during that period.

They drew 0-0 with Cape Town City, then 4-0 defeat in the MTN8 to the same opponent, before the recent 0-3 defeat by Mamelodi Sundowns in the league.

“Late yesterday afternoon [Monday], the management of the club held an emergency meeting with coach Brandon Truter. This followed his two-week [or three matches] leave,” the club explained in a statement.

“Swallows want to reiterate that the leave was mutually agreed upon following unsatisfactory developments within the team. It’s common knowledge that assistant Simo Dladla was mandated to carry the mandate of running the team.

“Coach Truter has now returned from leave and will be in charge of the team from now on. We would like to wish him and the team well. Assistant coach Dladla will continue in his role while performance analyst Kamal Sait will remain suspended pending the outcome of his disciplinary hearing.

“The board of the team is not happy with the current performances of the team and it can’t rule out drastic changes if the situation persists.”

It has been a difficult period for the club, with Dladla explaining to the media that their recent struggles are due to new players trying to settle at the club.

Truter could not be reached for a comment but he will be desperate to change the fortunes of the club around following the conclusion of his two-week break.

Swallows next match is against tricky Stellenbosch at home on October 17 in a game they are desperate to win.

Stellenbosch are one of the three teams that are undefeated this season with Sundowns and SuperSport United.

Bafana Bafana coach Hugo Broos feels some people are trying to sabotage him as they want to see him fail with the national team.
Sport
2 weeks ago

Despite the criticism she faces with her club Royal AM, controversial owner Shauwn Mkhize insists she won’t change how she does things because of ...
Sport
2 weeks ago

Mamelodi Sundowns have an aura of invincibility about them already at this early stage of the season but co-coach Rulani Mokwena said the champions ...
Sport
2 weeks ago

Former Bafana Bafana midfielder Sibusiso “Rhee” Zuma has appealed to the nation's soccer lovers to be patient with brave coach Hugo Broos and allow ...
Sport
2 weeks ago
Next Article