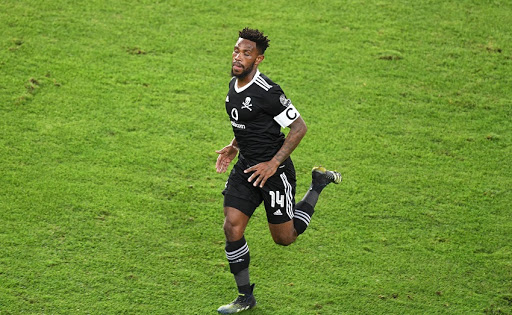 Former Bafana Bafana captain Thulani “Tyson” Hlatshwayo has gracefully accepted his continued exclusion from the national team and believes that sparkling displays at his club Orlando Pirates are the only way to convince coach Hugo Broos to take him back.

Hlatshwayo, who last played for Bafana in March when they failed to qualify for next year's Africa Cup of Nations, said he is  backing Broos'  endeavour to introduce new blood in the team and feels the Belgian's timing on refreshing the side has been spot on.

The 31-year-old Hlatshwayo, who has earned 48 Bafana caps and scored four goals, also wished the current team, led by new skipper Ronwen Williams, all the best in the back-to-back 2022 Fifa World Cup qualifiers against Ethiopia in the coming days.

“I think it would be unfair for me to say I’m sad or mad because the national team is not about Tyson, it’s not about Thulani,” said Hlatshwayo at an event held by his sponsors  Adidas at the Cape Town Stadium this week.

“You’re selected based on the performance that you’ve displayed. When you looked at the previous team, which is the one that failed to qualify for Afcon 2021, I think it was probably time for the change.

“You know sometimes we don’t want to mention it as players, that it’s time for change, and before us there were people there. We also came and took over from your (Siyabonga) Sangweni and Morgan Gould who were there before us.

“So I think now it’s time to build the team with the players who are doing well. It’s players who have international experience, not only at youth level, but also in the senior national team.

“The team have done very well, and they have started the qualifiers well. So to answer the question of the captaincy and everything, I feel like the one who’s captaining the team deserves it. Ronwen deserves it. And as to whether Tyson is mad or what, I’m not.

“I will keep supporting the team, because it’s not about an individual, but our team as a country.”

Hlatshwayo insisted that he has not quit international football and will leave the decision whether to bring him back to Broos.

“Like I mentioned before, the only way you can be called into the national team is when you’re doing well for your team. So I have to do well for my club, Pirates.”

Hlatshwayo wished the team well in the games against Ethiopia, where they’ll need six points to remain on top of Group G, which also includes Zimbabwe and Ghana, the teams Bafana collected four points from in the first two qualifiers.

“I think the team started well,” Hlatshwayo said of the results Bafana had against Zimbabwe (0-0 away) and Ghana (1-0 win at home).

“We’re a results-driven country and for the team to go to Zimbabwe and get a point, it was good enough.

“We started well against Ghana, and it was a big win. I’m looking at Ghana because we played them (in the Cup of Nations qualifiers) ... the very same Ghana, with the team that we had and we played a draw against (at home).

“With this team we’re rebuilding and they [won] against Ghana. [But] we shouldn’t be too confident though and have the mentality of saying, ‘it’s Ethiopia and we’ve just beat Ghana now.’

“The team needs to do well against Ethiopia and not underestimate anyone, because we have history against them during the Bernard Parker days (Parker scored an own goal in a 2-1 away defeat against Ethiopia in 2013 in what was a 2014 Fifa World Cup qualifier).

“We have to respect them and not forget that we’re as good as our last game, and I think we did well against Ghana. I’m wishing the team the best of luck.”