Coach feels he's being set up to fail 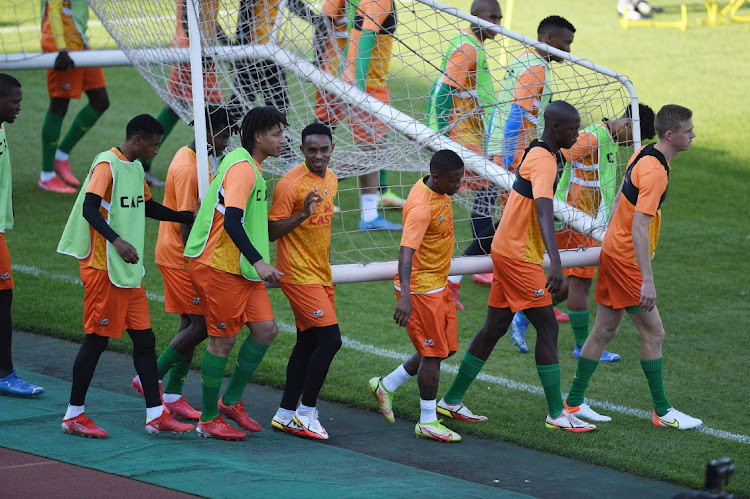 Bafana Bafana coach Hugo Broos feels some people are trying to sabotage him as they want to see him fail with the national team.

This is after Mamelodi Sundowns striker Thabiso Kutumela failed to join Bafana's camp to prepare for the 2022 Qatar Fifa World Cup back-to-back qualifiers against Ethiopia on Saturday and Tuesday.

Kutumela joins Goodman Mosele in failing to pitch for the qualifiers this week. Broos questioned Sundowns' decision to organise a vaccination for Kutumela on Monday, the day when he was supposed to join them in camp.

“Yesterday [Monday], I was a frustrated coach because I get the feeling a little bit that some people in this country don’t want Bafana Bafana to be a successful team,” Broos told the media yesterday.

“Three months ago when I came here, I wanted to organise two friendly games but I had to cancel one because it was made impossible. Then there was a meeting with the coaches. I wanted to meet with all the coaches from the GladAfrica Champions and the Premiership; it was not possible.

“Then there was an incident with Orlando Pirates where I and my assistant were not allowed to see their game against Sundowns.

“Then yesterday, [Monday] Sundowns organised a vaccination for Thabiso Kutumela. I have nothing against vaccination because it is a good thing if you are vaccinated but I’m against the timing. You organise a vaccination during a camp.

“The Fifa rule says that after the last games, you have to release the players. No activity is possible during the Fifa period in the club, but they organised a vaccination. Because Thabiso was not there, we couldn’t refuse it; the club pays him, so I had to change all my plans.”

The Belgian coach added that he was disappointed with Mosele as he failed to report to them and could not be reached on his phone.

“He is unreachable. We tried to phone him and we don’t know whether he was on his way or not so I had to replace him. That was a big surprise for me that a player doesn’t come to the national team.

“So, I have a feeling that some clubs in the country are more important than Bafana.

“I want to do good work here but if every camp I have such kind of problems then it becomes frustrating. I hope teams know that during Fifa week they have to release players.

“If they are not co-operative then it will be difficult for me.”

Mamelodi Sundowns have an aura of invincibility about them already at this early stage of the season but co-coach Rulani Mokwena said the champions ...
Sport
3 months ago

Coach Ellis expects her Banyana charges to up their game

Banyana Banyana coach Desiree Ellis told her side to increase their intensity and shift to a higher gear, despite cruising to a 3-1 victory against ...
Sport
3 months ago

The standards Mamelodi Sundowns have set in the DStv Premiership this season have put them under pressure to maintain them.
Sport
3 months ago
Next Article