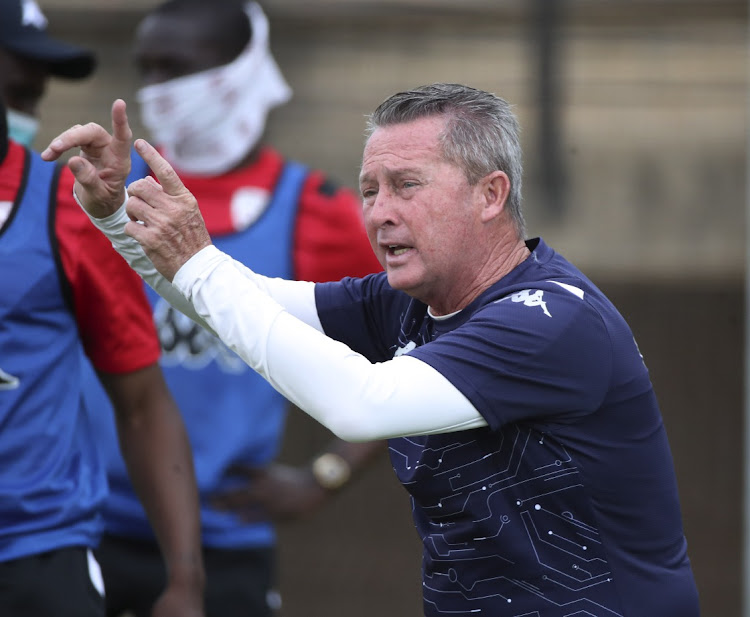 After registering their second win in the GladAfrica Championship by beating Uthongathi 1-0 on Saturday, Venda Football Academy (VFA) coach Jonny Ferreirra is targeting the No 1 spot in the division in the next seven games.

Ferreirra feels his side is capable of reaching that target as they have been playing well in the last few league matches.

VFA are seventh on the log standings, with 10 points from seven matches, four behind leaders Polokwane City.

“It was a tough game against Uthongathi. They are a very good team but we were under pressure to win the game since we were playing at home,” Ferreirra told Sowetan yesterday.

“This is our second victory this season and we want to build on this as we are creating a solid foundation and once we get that right, I think many will see a different team.

“Our target in the next seven games is to see ourselves in position one and I’m confident we will reach that.”

What makes the coach believe that they can overtake Polokwane at the top of the standings is that his side has not been conceding goals lately.

“We conceded two goals in seven matches and those were penalties against Free State Stars and Richards Bay. Our defence has been solid, that’s why I believe we can be No 1 soon.

“We just need to stay consistent and build on our victory at the weekend.”

Elsewhere, Jomo Cosmos’ poor form in the league continued when they suffered another defeat to Pretoria Callies on Sunday.

Cosmos are at the bottom of the table with two points from seven matches and are favourites for automatic relegation.

Cape Town Spurs registered their first victory of the campaign when they beat Black Leopards at home on Sunday, while newcomers Hungry Lions continued with their impressive form when they edged Free State Stars 1-0 at home.

Marumo Gallants are finding it hard in the DStv Premiership but they are cruising in the Diski Challenge Rewired reserve league.
Sport
3 weeks ago

The Premier Soccer League will throw the book at Royal AM after their latest stunt of handing out cash bonuses to players on the field after their ...
Sport
3 weeks ago
Next Article