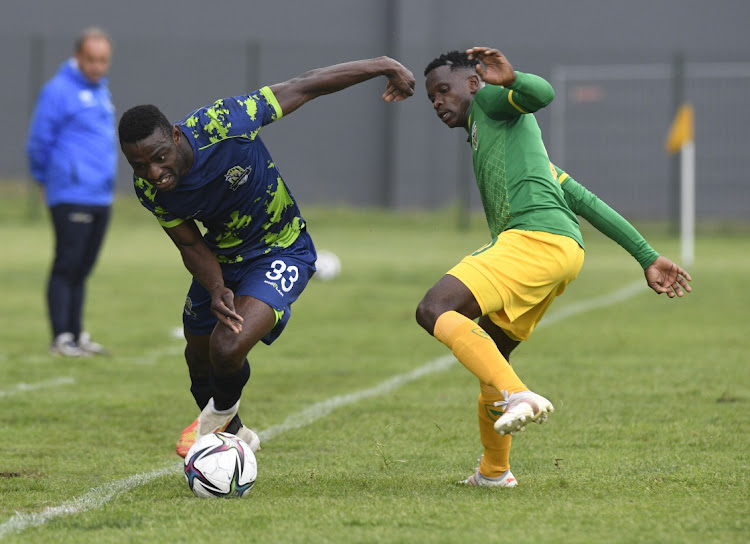 The going is getting tough for Marumo Gallants coach Sebastien Migne in the DStv Premiership.

The embattled French mentor is struggling to adapt to a new league in a new country. After five matches the Limpopo-based side are second from the bottom with two points and the string of poor results has left Migne under pressure.

Golden Arrows compounded Gallants’ and Migne’s misery with a commanding 3-1 victory at the Sugar Ray Xulu Stadium in Durban yesterday.

Nkosinathi Sibiya scored the opening goal from the penalty spot in the 51st minute, while Knox Mutizwa and Siyabonga Khumalo were on target in the 65th and 90th minute.

Gallants pulled one back when Mutizwa scored in his own net in the 75th minute. They will go into the Fifa international break without a win in the Premiership.

Migne said there were many things to work on and would go back to the drawing board.

“I did not recognise my team in the first half. I do not think we deserved to win this game either. We have a lot to do to turn things around. We have been unlucky since the beginning of the season. My players struggled to accept the penalty decision and we did not get anything out of this game. We have to try and fix our problems during the Fifa break,” said Migne.

TS Galaxy parted ways with Coach Owen Da Gama following a string of poor results last week. Indications are that Migne could be next to bite the dust if things do not improve.

Arrows coach Lehlohonolo Seema was all smiles as his team bounced back to their winning ways after losing 3-0 in the MTN8 semifinal against Mamelodi Sundowns last week.

“Credit should go to the players. They worked hard as a team and left everything on the field. We scored first and defended well until the end of the game. We won a difficult game and I am happy with the three points,” said a relieved Seema.

Arrows moved to fifth on the log table with nine points from six matches. Meanwhile, Royal AM recorded their fourth league win in a row with a 2-1 victory against Maritzburg United in the Kwa-Zulu Natal derby.

Zukile Kewuti scored in the 85th minute to cancel Victor Letsoalo’s opening goal in the 71st minute. However, defender Mbhazima Rikhotso scored the winner with the last kick of the game four minutes into stoppage time.

Kaizer Chiefs coach Stuart Baxter does not intend to throw in the towel yet and believes his struggling charges are only 10% away from being a ...
Sport
3 weeks ago

Cape Town City and Orlando Pirates cancel each other out