Sluggish Bucs not where they should be, says Ncikazi 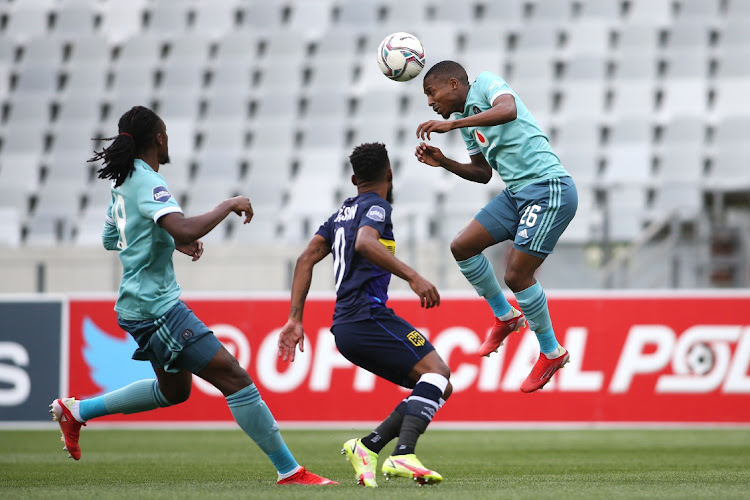 Orlando Pirates are not at the level where they ought to be. This is the honest observation of co-coach Mandla Ncikazi.

Ncikazi, 52, did not beat about the bush when asked to comment about their progress in the DStv Premiership. He said there is still a long way to go before the real Pirates show up.

"Pirates are not at the level where everyone expects them. The mandate of the coaches at Pirates is to try to get them where they belong – at the top. If we say we belong in the top four, we must show through the way we play. Currently, we do not reflect our performance to the name that we have. We are not collecting points. When we lose, the performance should make people proud. But honestly, I do not think we are at that level yet," said Ncikazi.

This question was triggered by their 1-1 draw against Cape Town City at the Cape Town Stadium at the weekend.

Skipper Happy Jele opened the scoring in the 13th minute, but Cape Town City equalised through a penalty scored by Mduduzi Mdantsane in the 54th minute. Ncikazi described the draw as two points dropped, as his team could not hold on to their lead.

According to his calculations, the Soweto giants are still on track to win the league. Things are not going according to plan for the Buccaneers, but Ncikazi insists they will recover and win the league title.

Bucs have not won in two league matches and Ncikazi said there is no need to panic as it is still early days.

Bucs are fifth on the log table with nine points from six games and the former Golden Arrows coach is confident they will start collecting maximum points soon if they start to turn their ball possession into goals.

“We are slightly behind our target of points. If you calculate after five games, the team that wins the league title in the PSL should have 10 points. We are two points behind schedule. We started our second phase with a draw but we can still make up in the next five games if we get 11 points and try to stay with leaders Mamelodi Sundowns and the leading pack. We will then be on course. We have not lost hope as there are still more games to play,” said Ncikazi during the post-match press conference.

Cape Town City coach Eric Tinkler was not happy with a point at home. “A part of me is disappointed that we did not take the three points. We should have won the game,” said Tinkler.

Kaizer Chiefs coach Stuart Baxter is pleading for patience as he plans to turn the club’s fortunes around.
Sport
3 weeks ago

The going is getting tough for Marumo Gallants coach Sebastien Migne in the DStv Premiership.
Sport
3 weeks ago

Victor Letsoalo cannot stop scoring at the moment and his fairytale start to the season continued after he spearheaded Royal AM to a hard-fought 2-1 ...
Sport
3 weeks ago
Next Article