Guardiola can put distance between himself and Klopp 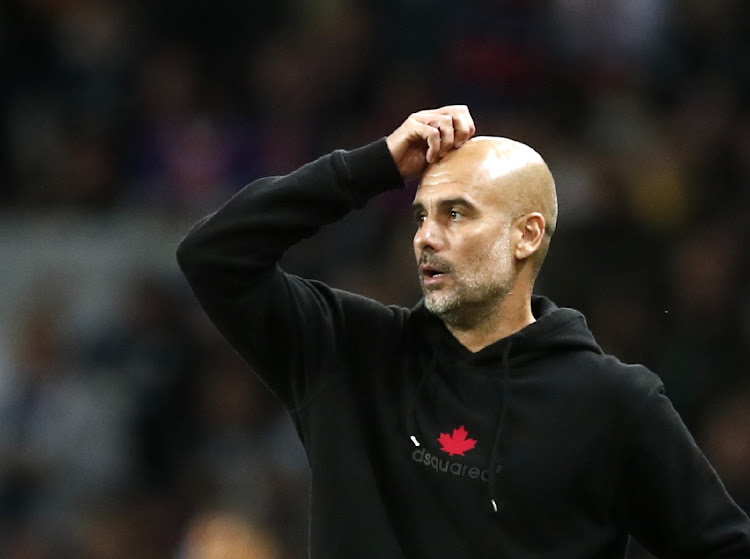 London - If any fixture can refocus Manchester City's minds after their midweek loss at Paris St Germain in the Champions League it is a visit to Anfield to take on a Liverpool side who look a clear and present danger in the Premier League title race.

City's statement win at Chelsea last weekend was followed by a decent performance in Paris on Tuesday where they were undone in a 2-0 defeat by a fearsome attack featuring Lionel Messi, Neymar and Kylian Mbappe.

There will be no time for Pep Guardiola's side to dwell on that reverse, however, when they take on Premier League leaders Liverpool, buoyant after a 5-1 Champions League win at Porto.

Sunday offers Juergen Klopp's side the chance to put some daylight between themselves and Guardiola's side but also to avenge last season's painful 4-1 defeat in the corresponding fixture in February - a match played at an empty Anfield.

That was a result, helped by a nightmare display from Liverpool goalkeeper Alisson, that all but ended Liverpool's hold on their title and left City in charge at the top.

This season, with Virgil van Dijk back back at the heart of Liverpool's defence and their intensity restored, the Reds look like the side that went toe-to-toe with City in a mesmerising 2018-19 race and then romped to the title the next season.

"We need a complex and complete performance against them to have a chance only and that's it," Klopp said of Sunday's meeting. "But I'm really looking forward to it."

Liverpool look set to be without right back Trent Alexander Arnold against City in which case James Milner could slot in.

City boss Guardiola was sanguine after the loss at PSG.

"In the end we were better. It was a good performance and we did everything but could not score," the Spaniard said.

Before Liverpool and City lock horns, several sides have the chance to top the table tomorrow.

It has been a chastening past week for Chelsea with last weekend's home defeat by City, a match they could have lost by more than 1-0, followed by a reverse at Juventus by the same scoreline in their defence of the Champions League title.

Real Madrid's spending limit for this 2021-22 season is almost eight-times (650 million euros) higher than that of Barcelona's, LaLiga announced on ...
Sport
3 months ago

Christensen expects Chelsea to be on front foot

Chelsea's Champions League clash at Juventus today offers the perfect opportunity to rediscover their attacking rhythm and respond to a 1-0 Premier ...
Sport
3 months ago

'Everything turned out badly' says Ancelotti after Real stunned by Sheriff

Real Madrid coach Carlo Ancelotti struggled to explain how his side were beaten 2-1 at home by rank outsiders Sheriff Tiraspol in the Uefa Champions ...
Sport
3 months ago
Next Article