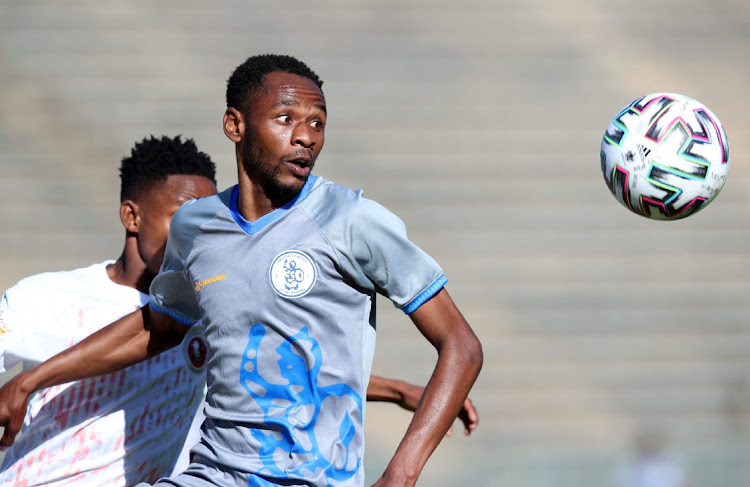 Mosadi feels Rovers may have taken them for granted when they were beaten 2-0 at home last week. Mosadi said they took lessons from that victory and would not take struggling Jomo Cosmos lightly. The sides  clash at Tsakane Stadium on Sunday.

“We need to keep the same fighting spirit and attitude we showed last week and not take them lightly because they are capable of doing what we did to Platinum City Rovers,” Mosadi told Sowetan yesterday.

“We believe we can win this game but we must not go there with the mentality that they are struggling, as we can be surprised.”

Mosadi said they wanted to continue with the momentum from that first win of the campaign.

“So far things are going well for us and we believe we can win this game. We believe now we can win more games,” he said. “We didn’t start well this season but the win last week brought back the confidence to fix where things were not going well.

“Our problem was we always switched off in the second half and if you see most of the goals we scored in the first half, [but] we started to relax and teams came back. We have fixed that issue.”

Ezenkosi are bottom of the table with two points from six matches and will be desperate to register their first victory.

“I won’t say much about them because we’ve not seen how they played. The only thing we must avoid is that we must not underestimate them, that they have not won a game,” the 22-year-old said.

“They can bounce back at any time. We just have to focus on ourselves and do our job.

“We’ve learnt from our mistakes and many can expect more from us now.”

Inconsistent Maritzburg United promised to end Royal AM’s run in the DStv Premiership in the KwaZulu-Natal derby.
Sport
3 months ago

Booth reckons Broos got it wrong on Lakay, Rivaldo

Mamelodi Sundowns defender Rushine de Reuck is not reading much into Swallows’ recent thumping by Cape Town City ahead of their DStv Premiership ...
Sport
3 months ago
Next Article